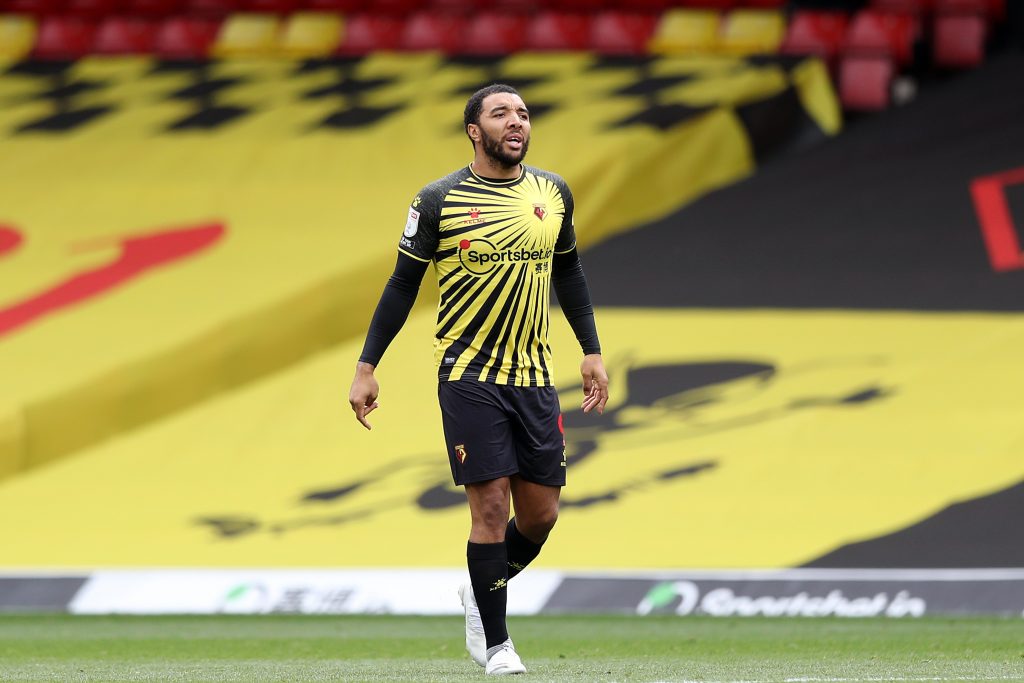 Watford striker Troy Deeney has admitted that he considered leaving the club during the summer transfer window.

The 32-year-old striker expressed his desire to play in the Premier League following Watford’s relegation to the Championship last season.

Deeney has now admitted that he held talks with various parties over a potential summer exit from Vicarage Road.

The veteran striker was heavily linked with a move to Tottenham Hotspur during the summer transfer window.

When Deeney was asked whether he ever had a conversation with Spurs boss Jose Mourinho, the striker replied: “I saw Jose at the Watford Spurs game in pre-season. That’s all I’ll say.”

Deeny remained at Watford and he will try to help the club to win automatic promotion back to the Premier League in the first attempt.

Missing out on Deeney and Tottenham’s impressive summer window

Spurs needed a back-up striker this summer, and they looked at Deeney thanks to his top-flight experience.

Deeney scored 10 goals last season for Watford and he could have been a good signing for the north London club, but Spurs probably won’t regret missing out on him.

Spurs eventually signed a striker, having landed Carlos Vinicius from Benfica on a season-long loan deal, with an option to make the transfer permanent for £40m.

This has been an excellent transfer window for Spurs where Mourinho has brought in as many as seven new players.

He has added depth in defence, midfield and attacking areas, and Spurs now have a quality squad that can challenge for the top four, if not the Premier League title.

On paper, Spurs have assembled a stellar group of attacking options, with Mourinho now having some serious strength and depth in the squad.