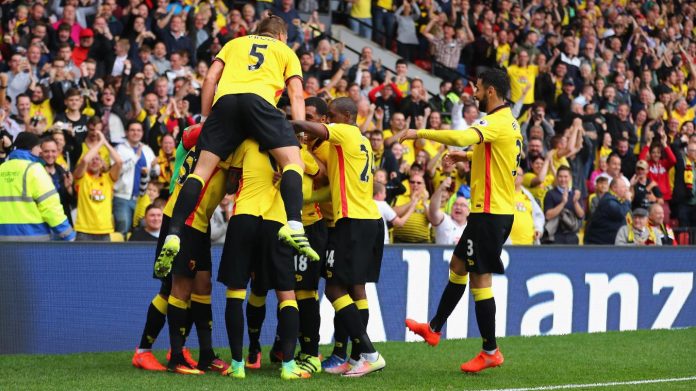 Watford are being investigated by the English Football League (EFL), following an article in the Daily Telegraph which claims the Premier League club supplied false financial information to the organisation.

The Daily Telegraph claims a forged banking letter was provided shortly before the club’s 2014/15 promotion-winning campaign. Its allegations focus on the sole takeover of the Hornets in 2014, by Gino Pozzo, where he assumed complete control from his father Giampaolo, and the alleged use of a forged banking letter.

The fabricated letter appeared to be from global banking giant HSBC, according to the article. The bank has since been shown a copy of the document.

The EFL have launched a full investigation, as Watford were a Championship club at the time. An EFL spokesman said:

We can confirm, following receipt of information from the Daily Telegraph, that we immediately commenced a disciplinary investigation into serious allegations made against Watford Football Club.

The club has been formally contacted by the EFL and is now required to provide a full and detailed response to the allegations.

Once that response is received, it will be fully considered by the EFL and appropriate action will be taken under our rules and regulations.

We will not be making any further comment until we are in receipt of the club’s response.

The club released a statement to the Telegraph, saying, “There are two ongoing investigations. It would be inappropriate to comment further until those investigations reach completion.”

The Hornets might face a massive fine and should consider themselves lucky if the fine is all they have to worry about. There is a good chance Watford will face a points deduction in the league if these unbelievable allegations are found to be true.

Watford currently sit in the ninth place in the table, with three wins, three draws, and subsequently 12 points. It has largely been a good season for the club under Walter Mazzarri, and has included incredible wins over West Ham United, as well as Manchester United. However, the club has only managed to win one of the last four Premier League games.