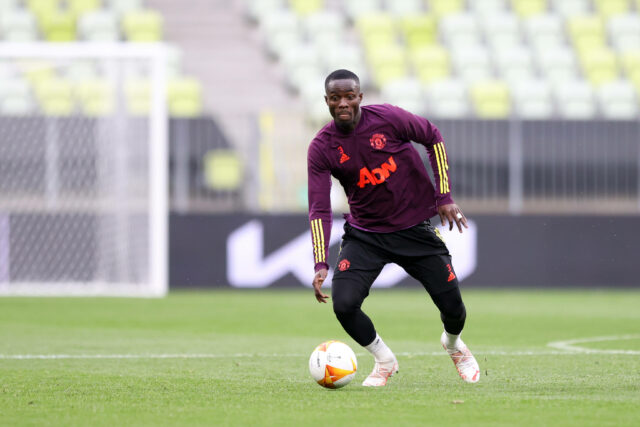 The Europa League final between Villarreal and Manchester United could be a nice audition platform for Pau Torres.

United are reportedly interested in Torres, who has been outstanding this season for the Yellow Submarines.

According to reports from Eurosport, United’s recruitment staff are heavily impressed with Torres.

“Yet sources are suggesting that recruitment staff have been so impressed with him that he is still on the radar and a strong performance against United might persuade bosses to make an offer,” they wrote.

Torres has been named in the Spain squad for the upcoming European Championships, and he is ahead of Jules Kounde in the list of defensive targets for United.

Signing a centre-back may not be a priority for United this summer after Eric Bailly’s new contract.

The Ivorian centre-back has recently signed a contract extension at Old Trafford, where he is expected to stay until at least 2024.

However, the report claims that Villarreal are ‘interested’ in Bailly, and the La Liga club could look to bring him back to the club if Torres leaves.

Bailly suggested in a recent interview that he will consider leaving the club if his situation regarding game time doesn’t improve.

With Villarreal reportedly keen on the 27-year-old defender, the door has been left wide open for United to do a smart deal for Torres.

It’s a fantastic opportunity for them to sign an in-form player without making a massive investment.