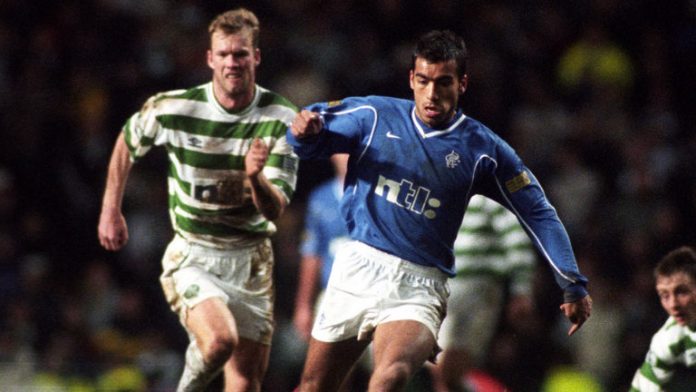 Former Rangers star Giovanni van Bronckhorst has responded to rumours linking him with a return to Ibrox.

The 42-year-old enjoyed a great spell in Glasgow as a player where he won two Scottish Premiership titles and two Scottish Cups in three seasons. Now a manager at Eredevisie side Feyenoord, van Bronckhorst is one of the many names touted as the successor to Pedro Caixinha as the next Rangers boss.

The former Netherlands international has ex-Rangers assistant manager Jan Wouters as his right hand man. The duo led Feyenoord to Eredevisie glory last season, although the club has struggled to find form in the new campaign and currently sit at seventh on the table.

“I’m fully focused at Feyenoord and I will be focusing on Feyenoord for the next years,” said van Bronckhorst when asked about a possible return to Scotland.

“I had a great time in Scotland with Rangers. I think one of the best times I had abroad but at the moment for me all that counts is Feyenoord.

“You can never tell in the future, because it’s still a club who is also in my heart.”

Graeme Murty has been operating as caretaker boss since Caixinha’s sacking as the club continues its search for a fulltime appointment.