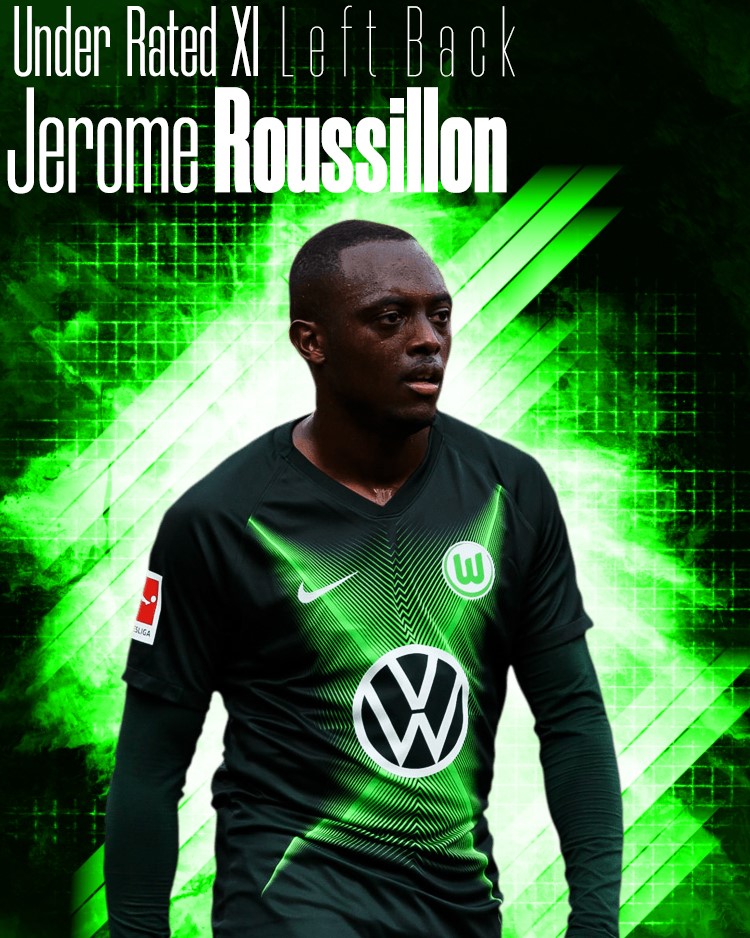 For the left-back position for our underrated XI series, I’ve gone for former Montpellier defender Jerome Roussillon, who I feel is criminally underrated by the media and even his own team. I explain why in this article.

With a Champions League spot on the horizon, Wolfsburg must keep up their exceptional run of form and have a strong finish to their current campaign.

Perhaps the player with the least game time in the whole of the underrated Xl series, you could even argue that Roussillon is underrated by his own manager with the Frenchman being overlooked in recent times by head coach Oliver Glasner has recently opted for Brazilian Paolo Otavio over Roussillon.

A player who wouldn’t look out of place in the Premier League, French defender Roussillon boast excellent pedigree with experience in both Ligue 1 and the Bundesliga, and with his current situation, he may contemplate a move in the summer.

It’s quite astonishing that Roussillon is only on the bench for Wolfsburg and only further establishes my point that he’s criminally underrated by both the media and indeed his own team.

What have you made of Roussillon so far this season? Are you surprised at his lack of game time?