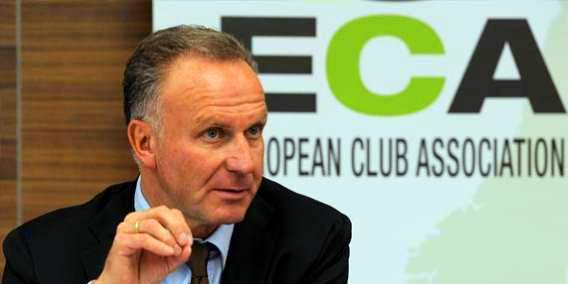 Majority of European clubs are highly satisfied with the current UEFA’s club competition structure and format but want to see the winners or the finalists of Europa League getting a Champions League berth the following season.

According to a survey conducted by the European Clubs Association (ECA), which represents 207 of the top clubs in Europe, 75% of the clubs have expressed deep satisfaction with the present structure in place.

The survey suggests that majority of the clubs will not agree to such a proposal while 61% would welcome the extra incentive for the Europa League. Platini has assured that all the proposals will be considered before making any drastic changes in 2015.

A statement from the ECA read:

“The results of the survey clearly show that European clubs are very happy with the current competitions and do not wish to see major changes to their structure.

“The option whereby the UEFA Europa League winner/finalists automatically qualify for the UEFA Champions League group stage of the new season raised some interest and support provided that the effects on the access list are carefully considered.”

However the clubs were unable to agree on whether third-party ownership (TPO) should be prohibited. It is basically a procedure where a player can be owned or part owned by agents rather than clubs. The system is abolished in England but is a common practice in other European countries like Portugal.

The ECA will access the merits and impact of the system before coming to the conclusion whether it can be abolished or not as they find it a very complex phenomenon.