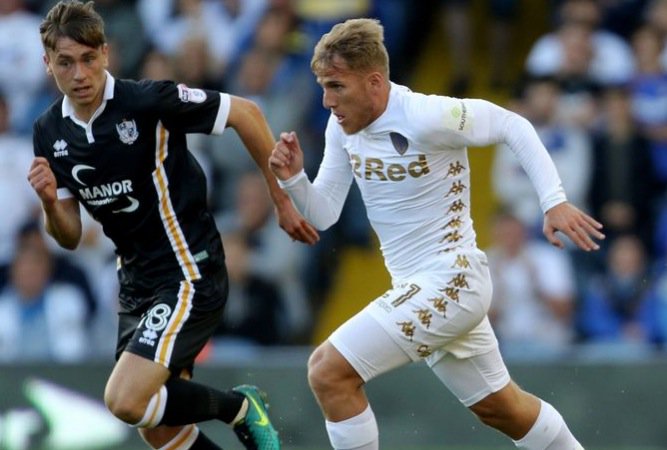 The Championship outfit secured a 4-1 win in the Carabao Cup thanks to their new signing from Huesca. The Spanish midfielder cost Leeds around £3m and the fans will no doubt be impressed with his debut yesterday.

Saiz scored Leeds’ opening goal early on in the game and then added a brace in as many minutes in the second half.

However, the Saiz’s master-class was overshadowed by spitting allegations from the Port Vale manager Michael Brown. Apparently, the midfielder spat in the face of Joe Davis towards the end of the first half.

The Port Vale manager revealed that it was a decisive moment in the game and his players lost their focus after the incident.

Brown said: “I think the boys lost focus a little bit. The guy who scored three goals spits in Joe Davis’ face in the 40th minute and it is very hard to take. So that certainly knocked us off balance. We asked their staff to take him off, they ignored that and he scored three goals. That is why it was getting a bit heated down in the technical area.”

Here at Sportslens, we look at how the Leeds United fans reacted to Samuel Saiz’s heroics on Twitter.

He’s Leeds and he knows he is. #lufc @Samusaiz ? pic.twitter.com/dc8tQV8vlR

Not one to get carried away but, Samu saiz for the ballon dor #lufc