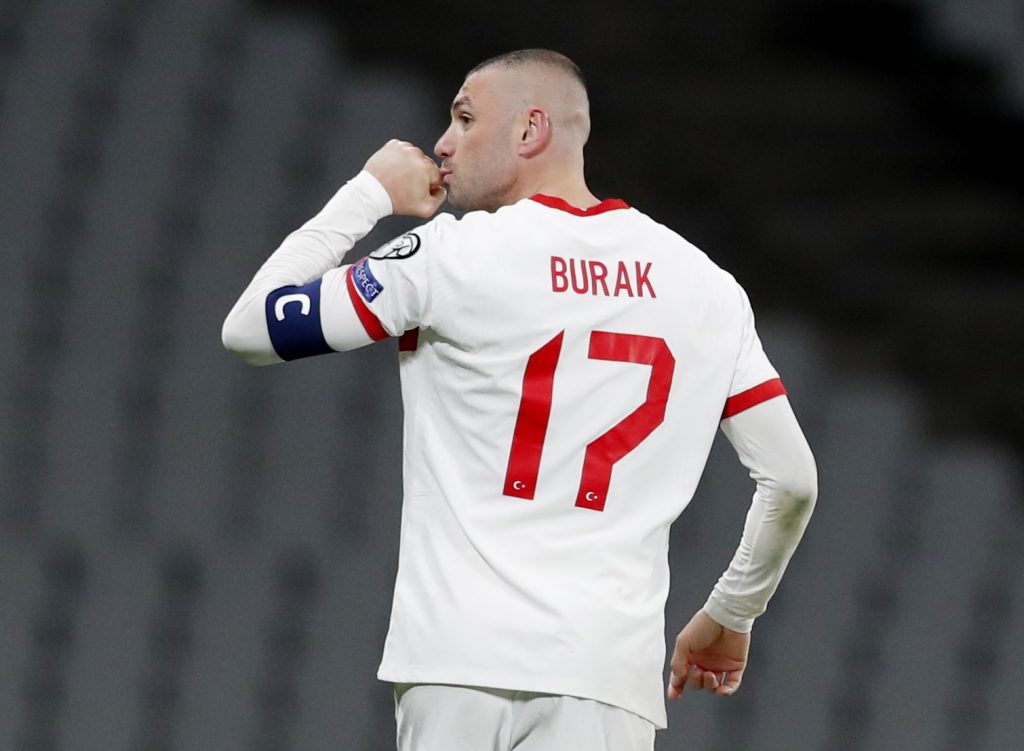 Turkey will be looking to cause an upset as they take on a defensively depleted Portugal side at the Estadio do Dragao.

The Turks finished second in Group G, behind Netherlands. And they will be looking to make themselves count and secure a seat at the World Cup in Qatar for only the third time in history. The Crescent Stars have lost just once in the last seven outings.

They have not featured in the World Cup since 2002 when they finished third. However, they will now be looking to cause a massive upset against Portugal who are without several key defenders for this encounter.

Zeki Celik has struck form at the right time and is likely to start at right back. Mert Muldur is also back after serving a one-game bank.

Caglar Soyncu and Merih Demiral will pair up in the heart of the defense with the former looking to shake off what has been a below average season for him at Leicester.

Veteran striker Burak Yilmaz has been burdened with goalscoring at Lille and it is the same case for him when he plays for Turkey. The former Galatasaray man is set to lead the line once again.

Kerem Akturkoglu’s form for Galatasaray has been great which means that he will get the nod ahead of Baris Yilmaz. Orkun Kokcu could be handed a rare start alongside Cengiz Under.