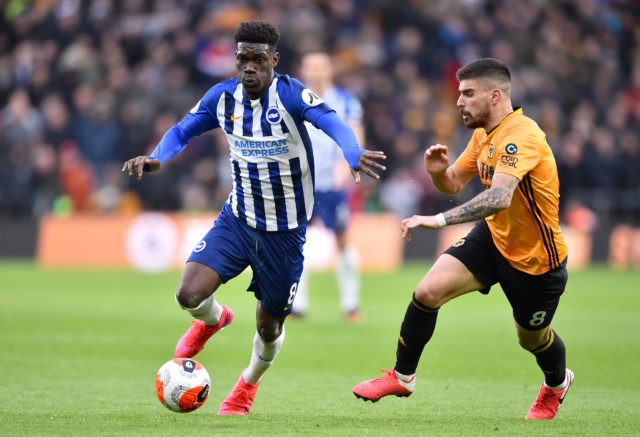 Brighton midfielder Yves Bissouma has been linked with a host of Premier League clubs in recent weeks, and it appears that Tottenham Hotspur, West Ham United and Everton have made enquiries for the 24-year-old as per the Express.

The Mali international has been outstanding for Brighton this season, and it is no surprise that the top clubs are looking to snap him up.

Bissouma adds power, presence and defensive cover in midfield and his versatility could be handy for his suitors.

West Ham need more depth in that area, and Bissouma could be the ideal long term replacement for club legend Mark Noble.

The Hammers have struggled without Declan Rice at times this season, and signing someone with Bissouma’s ability will give David Moyes more options to work with.

Everton also required more midfield options. Jean-Philippe Gbamin has been perennially injured since joining the club, and Bissouma would be a superb alternative.

Spurs could struggle to accommodate him in their midfield, with Tanguy Ndombele and Pierre-Emile Hojbjerg already at their disposal.

Bissouma is valued at around £40 million, and Brighton are unlikely to budge on the fee given that there are so many clubs interested in signing him.

The midfielder is Premier League-proven and would be able to make an immediate impact for any new club next season.