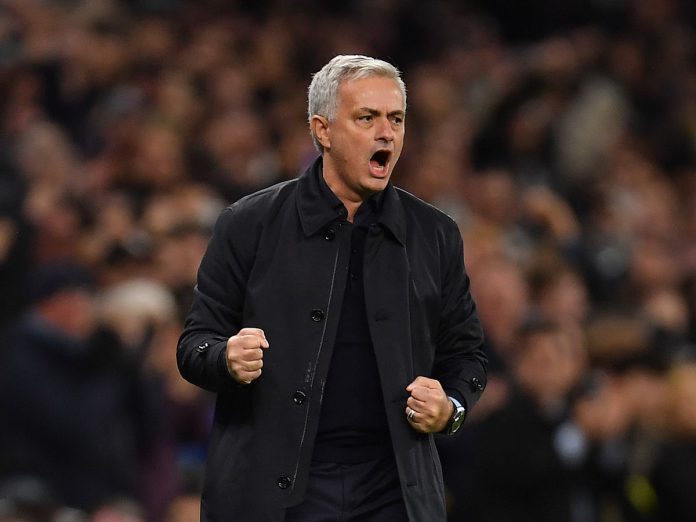 Tottenham are unlikely to spend during the January transfer window despite the fact that Jose Mourinho is looking to add more depth to his midfield.

David Ornstein from the Athletic claims that Daniel Levy is unlikely to spend at all during the winter transfer window because the money is probably not there after the summer outlay.

The reputed journalist also revealed that 24-year-old England international Dele Alli is keen on a permanent exit from the club and the likes of Paris Saint-Germain are keen on the midfielder.

Apparently, Mauricio Pochettino is in line to take over at the French club and it will be interesting to see if he pursues a reunion with Alli. 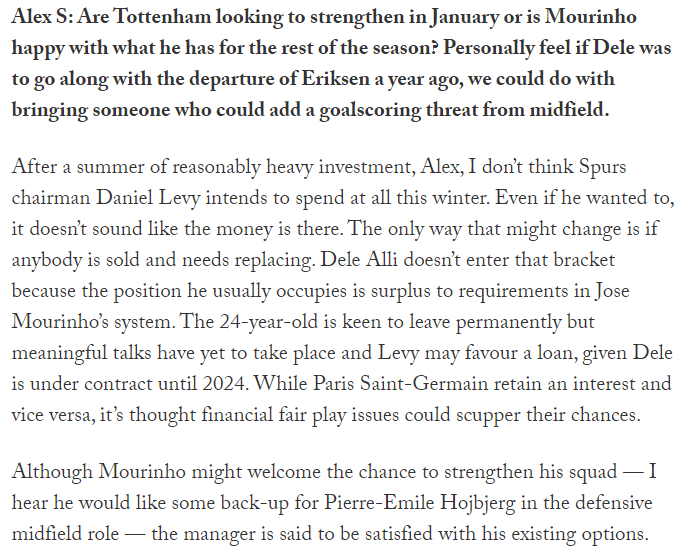 Dele Alli has fallen down the pecking order under Jose Mourinho and it will be interesting to see if he can regain his first-team place if he ends up staying at the London club beyond January.

Meanwhile, Ornstein claims that Jose Mourinho would like to bring in quality backup for Pierre-Emile Hojbjerg in the defensive midfield role.

Tottenham signed the former Southampton midfielder at the start of this season and the 25-year-old has made a considerable impact since moving to the London club.

However, Tottenham are lacking in depth in his position and it is no surprise that Mourinho wants to bring another defensive midfielder in next month.

It will be interesting to see if the Portuguese manager is given the necessary backing during the January transfer window to land his preferred targets.

Tottenham have been linked with a move for the RB Leipzig midfielder Marcel Sabitzer this week.