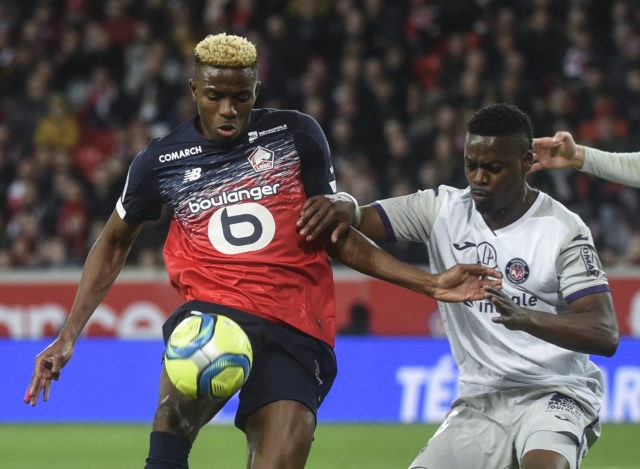 It seems Lille striker Victor Osimhen is all set to join Serie A giants Napoli in the summer transfer window.

The 21-year-old has been heavily linked with a move to Napoli.

It has been reported that the Nigerian international striker has passed a medical with the Serie A side in Rome yesterday ahead of his move from Lille.

Surprisingly, the UK press keeps on linking him with a move to Premier League clubs, with Tottenham Hotspur and Liverpool being the interested parties.

Earlier this week, the Daily Express claimed that Spurs are looking to hijack the move.

Popular French journalist Manu Lonjon has now confirmed that Osimhen is moving to Napoli, and that the deal has been finalised.

In any case, Spurs would have struggled to sign the striker who has scored 18 goals this season for his club.

The north London club do need a striker, but they have a limited transfer budget. Moreover, the player’s agent has confirmed that he’ll only move to Spurs if Harry Kane leaves the club.

In other words, he won’t play second fiddle to Kane. As it stands, Osimhen will be playing for Napoli next season.