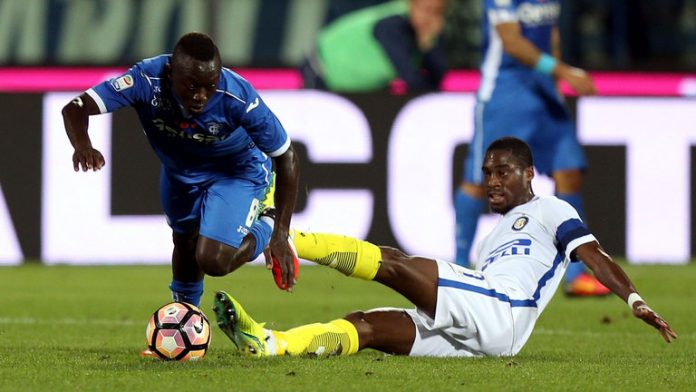 Tottenham Hotspur have been linked with a big money move for Valencia star Geoffrey Kondogbia.

The France international spent last season with the La Liga club on loan from Inter Milan.

Valencia recently triggered Kondogbia’s £22 million release clause to tie him down until 2022.

However, France Football has claimed that Spurs have opened talks with the midfielder about a move to the Premier League.

Valencia are believed to value the 25-year-old at £72m, although they could be open to a compromise deal.

Spurs have been monitoring Kondogbia since his time at Monaco, but he joined Inter in 2015 in a move worth nearly £30 million.

He signed a five-year contract and went on to make 43 starts in Serie A over two seasons, but new manager Luciano Spalletti shipped him out of the San Siro last summer.

The midfielder was impressive for Valencia last season, helping the club qualify for the Champions League.

Kondogbia has the physical attributes to be a big hit in the Premier League and could give Spurs some much-needed physical presence in the middle of the park.