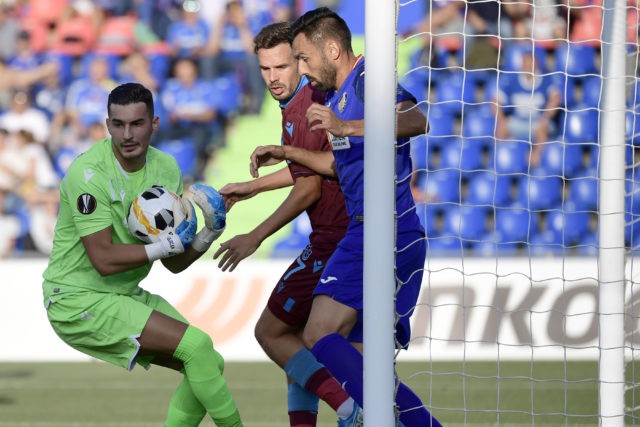 Trabzonspor keeper Ugurcan Cakir has been linked with a move to the Premier League this summer.

Earlier we reported Liverpool and Everton’s interest in the player.

It appears that Tottenham are keen (via Sportwitness) on the player as well.

Cakir has done well for the Turkish club and he could be a good addition to Mourinho’s side.

Spurs need a quality keeper to push Lloris for the starting berth and the likes of De Bie and Vorm could be on their way out this summer.

The 24-year-old keeper could provide competition for the Spurs star next season and then replace him eventually.

It will be interesting to see if the Londoners are willing to pay the asking price for Cakir.

The keeper is valued at €30m and Spurs might not be keen on shelling out that kind of money for a backup player.

That said, Cakir has the potential to develop into a starter for them and Spurs should treat this as a long term investment.

If they can agree on a fee with Trabzonspor, the deal should be easy to complete. Cakir is likely to be tempted to work with Mourinho at a top Premier League club.

Also, Spurs might be able to offer him better wages than his current club.