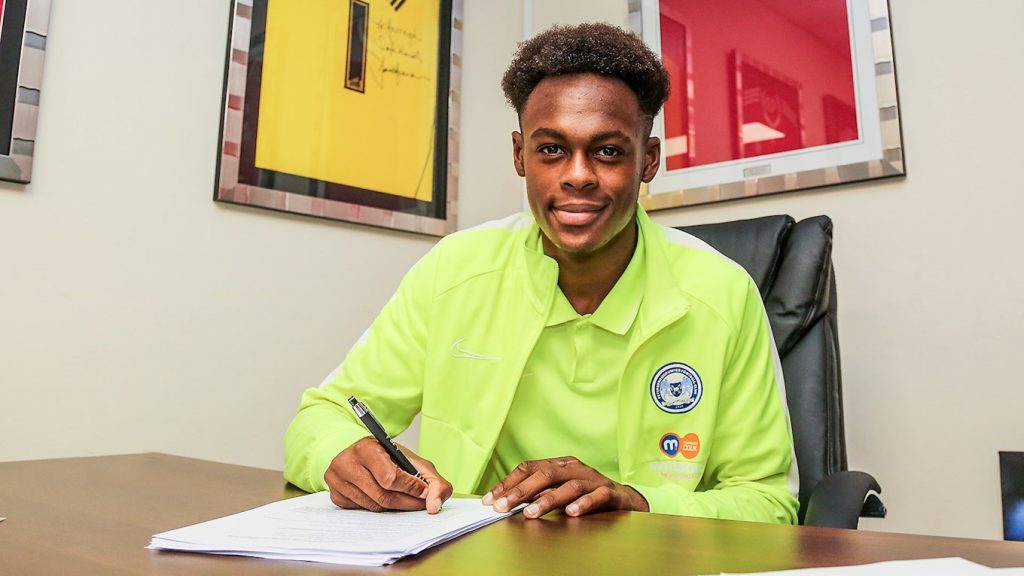 According to Daily Mail, the likes of Arsenal, Manchester City and Leicester are keen on the player as well.

The report adds that Spurs have already made their first move for the striker but their £2million approach was knocked back by Peterborough.

It will be interesting to see if Spurs return with another offer in January. The player is highly rated around the country and he is expected to develop into a star in future.

Spurs have a very good youth setup and they could help Jones fulfill his tremendous potential.

If the move goes through, Jones will be hoping to follow in the footsteps of Harry Kane. The Spurs star had to work his way up to the first team from the youth side as well.

It seems that the youngster is in demand and Spurs might have to pay over the odds to secure his services in January.

If Jose Mourinho is interested in the player, Levy should back the manager and get the deal across the line as soon as possible.

The 17-year-old forward shouldn’t need a lot of convincing if a club of Tottenham’s stature come in with an offer.