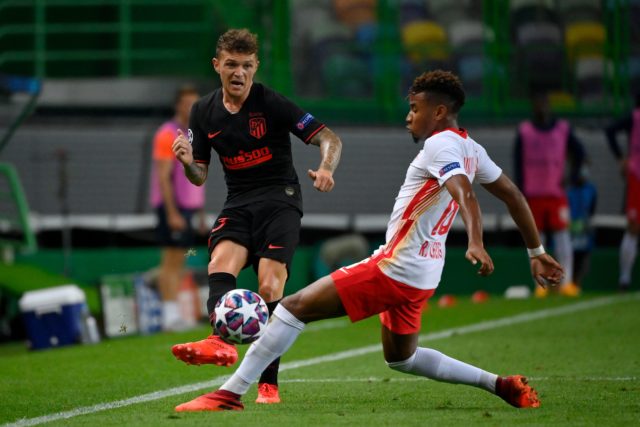 Arsenal could face competition from Tottenham Hotspur in the race to sign Christopher Nkunku from RB Leipzig this summer, according to Foot Mercato.

Nkunku is presently in his second season with the Bundesliga outfit and has impressed with seven goals and eight assists in 32 appearances.

The Gunners are long-term admirers of the 23-year-old, and they were credited with an interest when he was previously at Paris Saint-Germain.

A deal never materialised as he joined Leipzig on a free transfer in 2019, but the Gunners could be back in the hunt for his services this summer.

It is now reported that they could face competition from Tottenham. However, both clubs have yet to make an offer for the Frenchman.

The Gunners and Spurs are not alone in pursuing the player, and it is claimed that Manchester United are keeping tabs while Barcelona could also enter the race.

The Gunners are looking at the prospect of extending Martin Odegaard’s loan stay from Real Madrid while they are also open to a permanent deal.

However, there is the possibility that they could be priced out of a move for the Norwegian with reports suggesting that he could cost as much as £50 million.

In such a case, they may look at alternative targets. Real Betis’ Nabil Fekir and Nkunku are among the top names who have been linked with the club.

Fekir is the more experienced player at 27 and could be available for only £26m with Betis needing funds to balance their books this summer.

He has been on the Gunners’ radar from Arsene Wenger’s time in charge, and the club could prioritise a move for the 2018 World Cup winner over Nkunku.

This may pave the way for Spurs to land Nkunku, and there is a possibility of a double deal from Leipzig, with Marcel Sabitzer also tipped to join them.

Spurs have not had troubles going forward unlike the Gunners this term, netting 51 league goals compared to 40 for their arch-rivals.

However, there has been a large dependence on Harry Kane and Heung-min Son up front, and they need regular contributions from elsewhere to boost their title hopes.

It would be a big coup for Spurs if they can acquire Nkunku and Sabitzer from the German giants. Nkunku is valued at £36m by Transfermarkt.

Read: Jose Mourinho will personally push to sign this Serie A defender for Tottenham Hotspur.