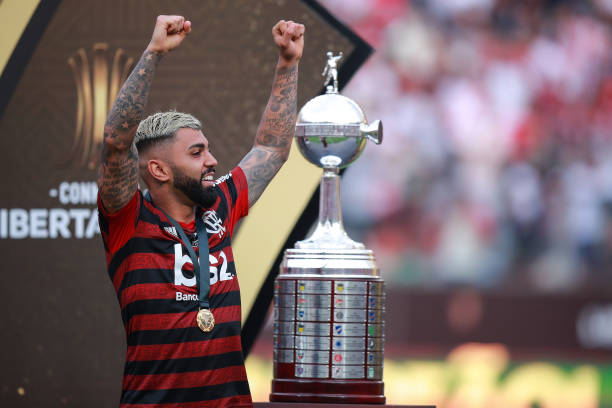 Tottenham Hotspur fans have taken to social networking site Twitter to express their reaction to reports linking the north London club with a potential move for Brazilian striker Gabriel Barbosa.

According to reports from The Mirror, Spurs are considering making a move for the Inter Milan striker in the January transfer window.

Won’t happen but would be incredible if it did. Watched him play in the Copa and he is something else.

That said controlling his temper is still a big issue, think he had 3 red cards for Flamengo last year.

Trade him for Eriksen keep him till the summer at least and we can sell on.
Fills a gap for now can’t really lose with this signing.

Yes please. Having watched this guy a lot in Brazilian Serie A, he is quality and still only 23 so time to develop. If we could get him for a small fee along with Eriksen heading the other way it would be a good deal. Also left footed so could play in a 2 with Harry when fit

He cant play outside Brazil because of his homesickness. He flopped at both inter and benfica. If he was good he would have make it to starting XI of one of this team.

He certainly scores goals. Good price too. Sign him now! 😁

Spurs are desperately in need of signing a striker in the January window following the injury to Harry Kane. The England striker has undergone a hamstring surgery and will be out of action till April.

The 23-year-old spent last season on loan at Flamengo and was in scintillating goal-scoring form as he scored 25 goals in 29 games. Inter Milan have placed a £25million (€30m) price tag on the striker.

The north London club are also checking out other options with the likes of Krzysztof Piatek, Odsonne Edouard, Moussa Dembele, Arkadiusz Milik and Christian Benteke being linked with a move this month.