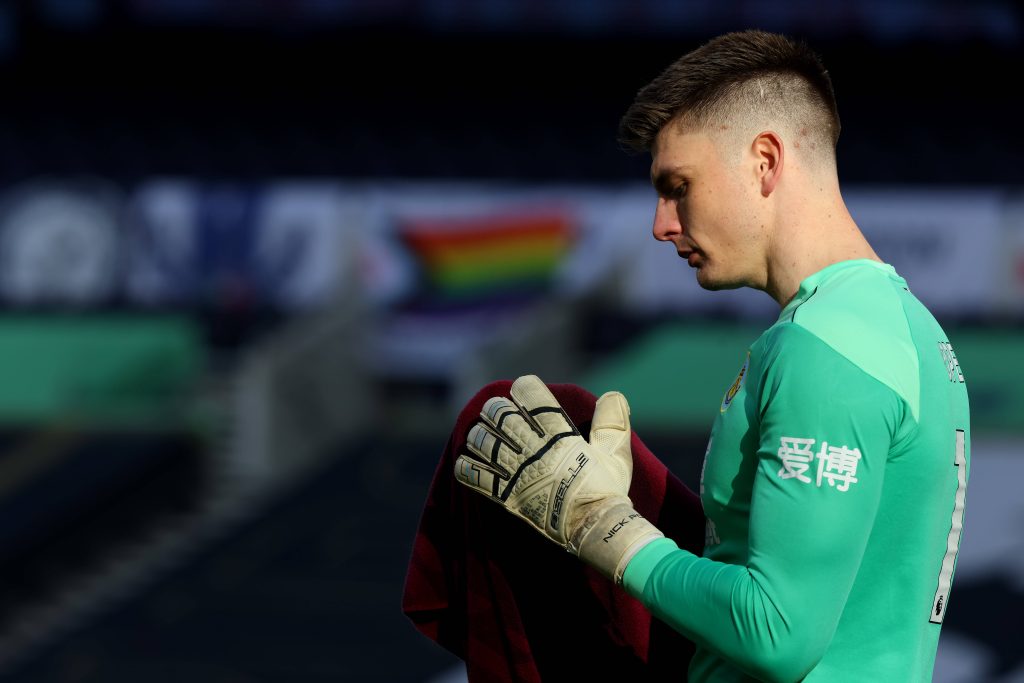 Tottenham have been linked with a move for the Burnley goalkeeper Nick Pope.

According to reports we covered earlier today, Nick Pope has been identified as a potential replacement for Hugo Lloris if he decides to leave Tottenham Hotspur this summer.

Lloris has been linked with a move to Paris Saint-Germain, and the London club may be open to allowing him to leave at the end of the season.

Pope has done well for the Clarets over the past few seasons and could prove to be a quality signing for the Londoners.

Spurs have also been linked with other English goalkeepers, including Dean Henderson and Sam Johnstone.

The Burnley star would have to improve his all-round game to succeed at a top-level club like Spurs. Despite being a quality shot-stopper, Pope’s distribution is poor.

The 28-year-old is well settled in the Premier League and would be confident of making an immediate impact if he moves to Spurs next season.

The chance to work with Jose Mourinho is an attractive proposition, and Pope is likely to be tempted if there is a concrete offer on the table.

Some Tottenham fans have taken to Twitter to share their thoughts on Pope’s potential arrival, and here is what they had to say.

Whatever the question is, Nick Pope isn't the answer. Anyone watched him with the ball at his feet? Hugo needs to be replaced but not with Pope. Give Hugo another year if that's the choice.

Pope’s distribution for England scared me more than Hugo’s.

Good shot stopper but poor with his feet. A worse version of hugo and one plus is he likes to come for crosses

Read: Spurs keen on 24-yr-old who has impressed in the premier league this season.