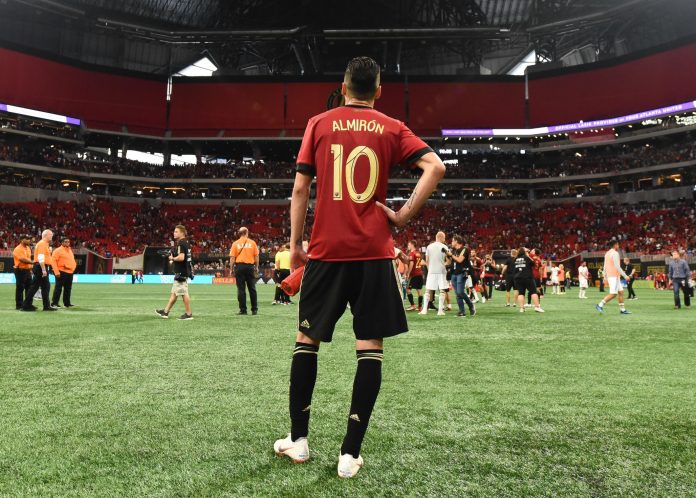 Tottenham have been linked with a move for the Paraguayan midfielder Miguel Almiron.

The MLS star is thought to be a target for Newcastle United as well.

According to Ole (report translated by SportWitness), Atlanta are prepared to sell the player for a fee of around £23m and Spurs are interested.

It will be interesting to see if the Londoners make a move for Almiron this month.

Spurs are plagued with injuries right now and they have lost Dele Alli and Harry Kane for the next few weeks.

Someone like Almiron could probably fill the void left by Alli. However, there is no doubt that the Englishman is a better player.

Almiron has managed to rack up 13 goals and 11 assists this year.

Tottenham certainly have the money to pull off the transfer and it will be interesting to see if Pochettino sanctions the deal.

The Londoners did not strengthen in the summer and it is costing them now. Spurs need to make amends in the January window and get a couple of new additions if they want to win some silverware this season.