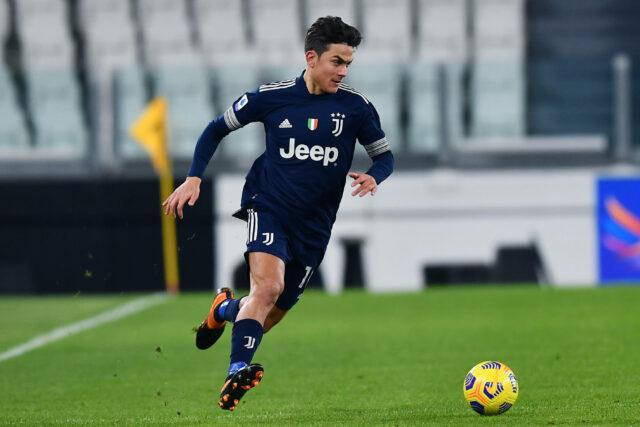 According to reports from France Football (h/t Four Four Two), Chelsea and Tottenham Hotspur are lining up a summer move for Juventus striker Paulo Dybala.

Juventus face a financial crisis, and the Serie A champions could offload some of their key players to balance the books.

The Argentine hitman could be forced to leave Turin in the summer transfer window, with both Spurs and Chelsea considering a swoop.

Dybala has scored two goals and provided two assists in eight starts in Serie A this season for Juventus.

The 27-year-old has struggled with injuries this season, and his injury issues are hampering his chances of extending a new deal at the club.

He has a contract at the club until 2022, and any potential suitor will have to pay a handsome figure in the region of £47 million for his signature.

“Paulo still has a few problems – it’s like he’s on a swing,” he said, as quoted by The Sun.

“Some days he’s better, and others he’s worse. He seemed okay (last week), then he felt some pain again.

“We have spoken [about this contract], we have been speaking and will continue to speak in the next few days and months.”

Dybala has been frequently linked with a move to Spurs. A couple of seasons ago, he was close to joining the north London club, but the deal didn’t materialise.

Spurs should be looking to bolster their attacking midfield set-up in the summer, and Dybala would be a fantastic addition to the squad.

However, Spurs are well stocked in their attacking department and may look to offload a few players to clear the space for a new arrival.

Dybala could be a good option for Chelsea as well. He can play as an attacking midfielder and as a striker. Meeting his transfer fee won’t be a big problem, but Dybala would love to join a club that can offer him European football.

In other news, check how Tottenham fans have reacted to the news after Dinamo Zagreb boss Zoran Mamic has resigned from his post.