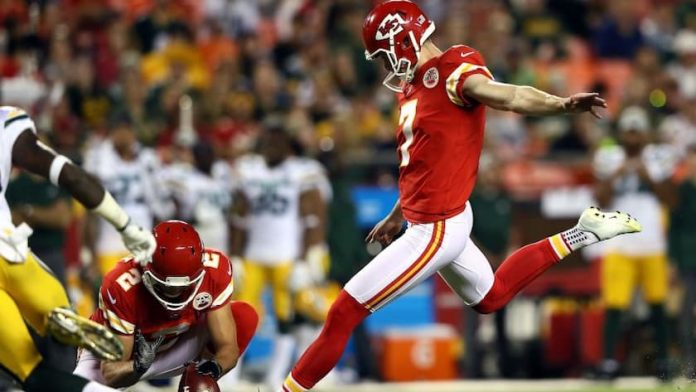 In the last few minutes of a game a field goal is always a moment for fans to remember and when that field goal is 60+ yards it gets fans throughout the NFL off their seat. In this post we look at the top 5 longest field goals in NFL history.

The first kick in the list is a memorable one and that was because it tied a 28-year-old record and Elam’s kick became one of only three to be 60 yards plus dating back to 1980.

Jason Elam’s kick was at the end of the first half where it gave the Denver Broncos a 27-10 lead over the Jacksonville Jaguars. The Broncos went on to win the game 37-24.

“You never go into a game thinking you’re gonna have an opportunity for that.”

At the age of 38 most players show a decline in form, but for David Akers that wasn’t the case after he smashed a huge 63-yard field goal in back in the 49ers opening game of 2012.

Akers field goal was another that came at the end of the first half, and it was his third successful kick of the half. His kicks earned the 49ers their 30-22 victory over the Green Bay Packers.

When Tom Dempsey attempted this monster of a kick, he probably wasn’t expecting to go down in history for years to come. The 63-yard kick stood as the longest made field goal for 28 years and was tied for the longest for another 15.

The New Orleans Saints were down 17-16 to the Detroit Lions and the Saints decided to let Dempsey attempt the longest field goal in history to win them the game. Dempsey was successful and smashed the previous record of 56-yards.

Back in 2013 Matt Prater topped the table for the longest field goal with a successful 64-yard kick. Once again, the kick came at the end of the first half and was part of a game where the Broncos battered the Tennessee Titans 51-28.

Now for the longest field goal in history which was by Justin Tucker on the road against the Detroit Lions. Tucker is known as one of the greatest kickers of his generation and he was also a four-time All-pro.

The kick came in the dying seconds of the game and sealed the win for the Baltimore Ravens against the Detroit Lions.