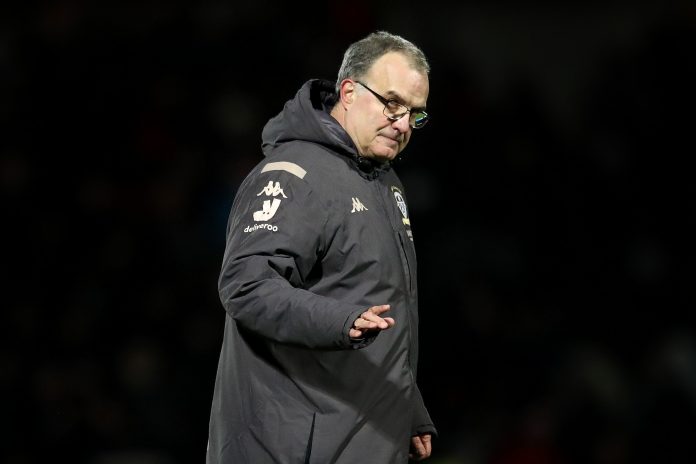 Leeds United are sitting at the top of the Championship table, just one point ahead of second-placed West Bromwich Albion.

Popular football pundit Tony Cascarino has dismissed the suggestion that Leeds and West Brom should be promoted to form a 22-team Premier League next season, amid the current global health pandemic.

The TalkSport pundit has said that it would be unfair on other teams that are chasing for promotion or the play-offs. He said that Fulham, who are third in the Championship, would not agree to such a proposal.

Due to the massive Covid-19 outbreak across the world, numerous suggestions have been going around about what should be done if leagues in England cannot be completed this season. And one of the suggestions has been that the season to be declared null and void, and there would be no relegation. Instead, the top two teams in the Championship at the moment should be promoted to the Premier League.

“More games then for next season? [On 22-team league], which we are already struggling to achieve,” Cascarino told talkSPORT. “What happens with the play-offs and the teams in the play-offs? What happens to arguably Fulham? How would they feel? Of course, they wouldn’t agree to this.

“There has to be fairness across the board for a solution. There is going to be someone who is going to be affected. But I do think the only fairest way you do this is you finish this season on every level. Otherwise, there are going to be people with an axe to grind, with the way they feel and been treated.

“Teams in play-off positions have prepared all season to get themselves there and have worked hard to try and achieve Premier League football. Then it’s taken away from them because they have decided to go 22-teams. No, I think you have to finish.”

Cascarino is absolutely spot on here. Although Leeds are looking favourites to secure promotion and are in very good form at the moment, it will be really harsh to overlook other teams.

The gap between them and Fulham is just seven points and it can be highly closed down with nine games left to go. Leeds stumbled at this stage last season and failed to cross the final hurdle, so there’s every possibility that the season can go down to the wire.