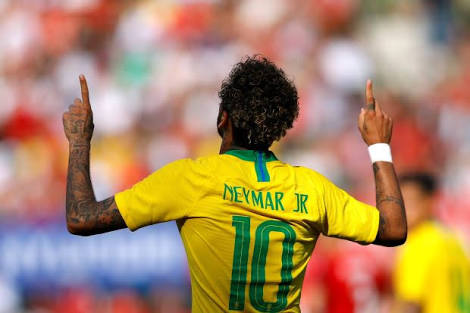 The 2018 World Cup starts in Russia this week, with the final few days of preparation before the biggest showcase in global sport kicks off.

In one of the final international friendlies before the World Cup starts, Brazil flattened Austria 3-0 to continue their impressive pre-competition form.

Liverpool star Mo Salah sat out Egypt team training on Sunday and is unlikely to feature in his side’s World Cup opener against Uruguay, according to the North African nation’s team doctor.

The flying winger was hurt in the Champions League final against Real Madrid after an altercation with Sergio Ramos, with an injured shoulder putting his tournament participation under threat.

“He still feels pain – this type of injury needs a recovery period of three weeks before going back to the field,” he said.

Southgate seeks out the impossible

Expectations around England ahead of major tournaments is usually sky-high but this time round there has been a more realistic train of thought – possibly down to the nation’s unceremonious exit at Euro 2016.

However, after positive recent friendly performances, manager Gareth Southgate has talked up his team’s chances in Russia.

The England boss is not going against the words of Harry Kane and Dele Alli, who have both recently stated the British team are going to the World Cup to win it.

“Why would I limit what they feel is possible,” Southgate said.

“My job is to allow people to dream.

“We have got to improve to reach the latter stages of a tournament and that is going to take a lot of work over the next few weeks and a huge commitment, but I am seeing evidence that they’re embracing that challenge.”

England are in Group G alongside Belgium, Tunisia and Panama.

Brazil rounded off their World Cup preparations in style on Sunday, beating Austria 3-0 in Vienna.

The European nation recently recorded a shock victory over Germany, but were no match for the South Americans.

Goals from Gabriel Jesus, Neymar and Philippe Coutinho secored the win for Brazil, who look ominously on form ahead of the action in Russia starting.

Key man Neymar scored the pick of the goals and is showing no signs of the foot injury that kept him on the sidelines up until recently.

While the Selecao are firing on the front foot, the shutout against Austria also means Tite’s men have also not conceded in five matches.