The Premier League have reacted to Newcastle United’s litigation after Saudi Arabia-led £300 million attempted takeover of the club fell through last July.

Newcastle owner Mike Ashley had agreed to sell the club to PIF and is still hoping that a deal can be revived as he remains determined to cash in on the Magpies.

The businessman is waiting for an arbitration hearing against the Premier League in a bid to have the takeover approved, but it appears that the English top-flight are confident of winning the case.

The league have published their accounts for the 2019-20 campaign, and they reacted to Newcastle’s litigation in 34 words, as seen in the picture: 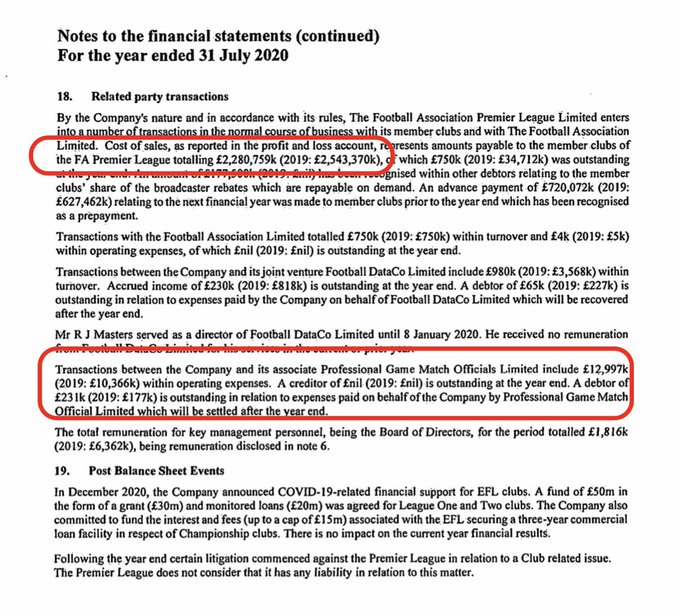 Premier League paid £13 million for referee services. Also makes reference to the Newcastle litigation and PIF takeover but claims to be confident of winning. pic.twitter.com/CV1cOqGQw5

Saudi’s Crown Prince Mohammed bin Salman reportedly urged the UK Prime Minister Boris Johnson to intervene in his Kingdom’s plans to buy Newcastle after it was blocked by the Premier League. That revelation is likely to help rule the outcome of the arbitration hearing in favour of the top-flight.

The private arbitration hearing is yet to start, and it will be interesting to see how things go following the Premier League’s latest reaction.

Newcastle are expected to hold on to their top-flight status at the end of the campaign following back-to-back victories, and that will likely influence would-be buyers to make a bid this summer.

Steve Bruce’s side are currently 15th in the table, with eight points between them and the relegation zone.

They also have a game in hand and are not expected to face any scare in the closing weeks of the campaign.

In other news, Newcastle are looking to beat Leicester City and Aston Villa to defender.