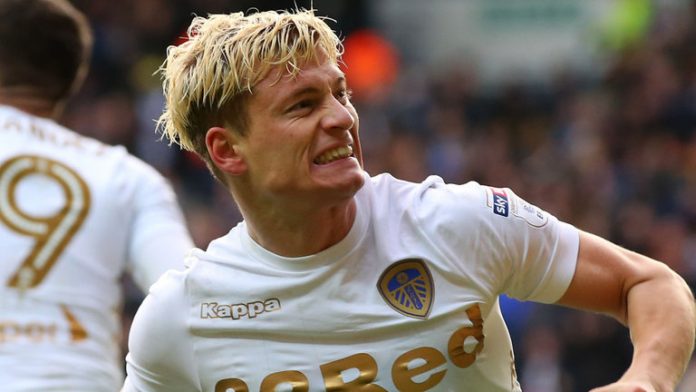 Leeds United twice came from behind to earn a 2-2 draw against Swansea at the Liberty Stadium and maintained their unbeaten start to the season.

Oli McBurnie gave Swansea the lead after a vibrant opening spell from the hosts. Leeds United striker Kemar Roofe maintained his impressive goalscoring form and equalised for the Whites before half-time.

McBurnie restored Swansea’s lead again in the 51st minute with a brilliant header. However, Leeds showed great character and resilience and grabbed the equaliser through Pablo Hernandez who cooly finished it off to take Leeds to the top of the Championship table.

It was a free-flowing performance from Leeds and Bielsa had to make two crucial changes. Kalvin Phillips, who has been excellent this season so far, was replaced by Lewis Baker in the 28th minute, and Jack Harrison replaced Alioski at the break.

Phillips got booked early in the game and Bielsa felt the 22-year-old didn’t offer the defensive security needed by the team as a result.

“He was almost our third centre-back. He had to face [Bersant] Celina, who was a player who created a lack of balance and he got booked very soon,” said Bielsa, as quoted by Leeds Live.

“The development of the game after Phillips got booked didn’t offer the defensive security we needed that would have allowed us to think Phillips couldn’t be booked again. Facing this possibility I chose to change him.”

The Argentine felt that Alioski hasn’t done enough on the left hand side, and that’s why he wanted to introduce more pace and energy by bringing in Harrison.

“Because we were not playing deep enough on the left. Our offensive play was better on the right than on the left. So, I thought we need to put some oxygen on this sector,” he added.

One player who made a strong impact from the bench was Patrick Bamford. The former Chelsea striker set up Hernandez who finished brilliantly for the second goal.