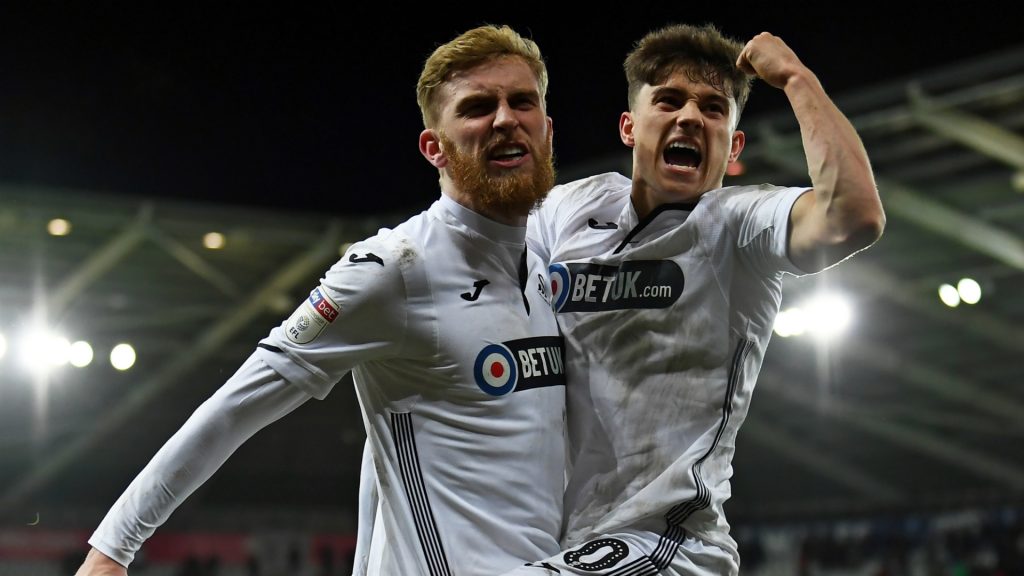 Graham Potter says his team “weren’t good enough to get a result” as Swansea City fell 2-1 at Leeds United in the Championship on Wednesday.

Goals by Pontus Jansson and Jack Harrison gave the home side a comfortable lead and although Oli McBurnie pulled a goal back from the penalty spot the outcome never looked in doubt.

The result left Swansea 12th in the standings, seven points adrift of the top six with 14 games remaining. Potter admitted his side were outclassed at Elland Road and he is eager to see improvements when they face Brentford in the FA Cup on Sunday.

“I’m disappointed that we conceded off a second phase set-play, and the atmosphere was difficult anyway, and then they took a bit more of a hold of the game,” he told BBC Radio Leeds.

“It was good play from them for the second goal, but we didn’t defend it that well either. We got a little bit passive in the first-half, but credit to Leeds for that.

“In the second half we changed things around and started off okay before they had about 20 minutes of pressure. We did well to sustain that and keep them at bay.

“I said to the players, I was really proud of how they did because you can go under at 2-0 but they didn’t, they kept going.

“Maybe if we’d have got a goal a bit earlier they’d have got a bit nervous. But in the end it’s a fantastic experience for our players, to come here and to compete, but on the day we weren’t good enough to get a result.”

BetUK.com have six Swansea tickets for the FA Cup game against Brentford up for grabs for three lucky winners (two tickets per competition winner).