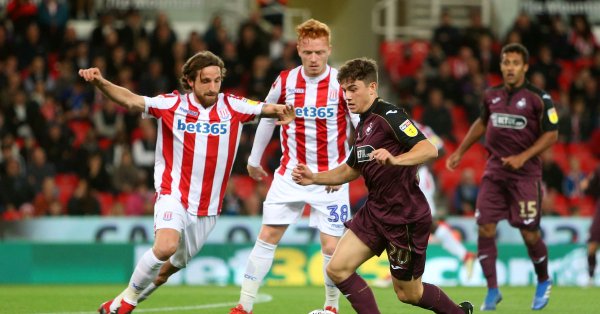 Swansea lost 1-0 against Stoke City but the 20-year-old appears to have made a strong impression during the game.

It was his full debut after he came on as a substitute against Nottingham Forest last weekend. Although he received a mixed reaction from the Swansea City fans, the majority of the supporters seem to have been impressed by his performance.

Carter-Vickers strong as an ox

Think Rodon and carter vickers could be a better pair than Rodon and v.d.hoorn?

Carter-Vickers was impressive, seriously reminds me of Ash in build and overall playstyle (Pre Everton Ash of course lmao)

Still, conceding to Joey in shit circumstances while Woods completely ran the show, not surprising in the slightest let’s be honest here

Positive performances for me tonight were Carter-Vickers, Grimes and Dan James. Think Asoro struggled when he came on. Conner Roberts keeps getting better as well imo.

Carter-Vickers is a highly-rated young talent and is seen as one of Tottenham’s brighter prospects.

At this moment, his chances of breaking into the first team are really slim with Mauricio Pochettino boasting some world class players at his disposal. It will do a world of good for him if he gains good experience from this loan spell.

He has played regularly in the Championship on previous loan spells and looks like a superb young talent for Spurs.

The north London club have high hopes on the youngster and certainly he has the potential to break into the first team in the coming years.

Swansea will play Middlesbrough next and Carter-Vickers can hope to regain his place after a decent performance.