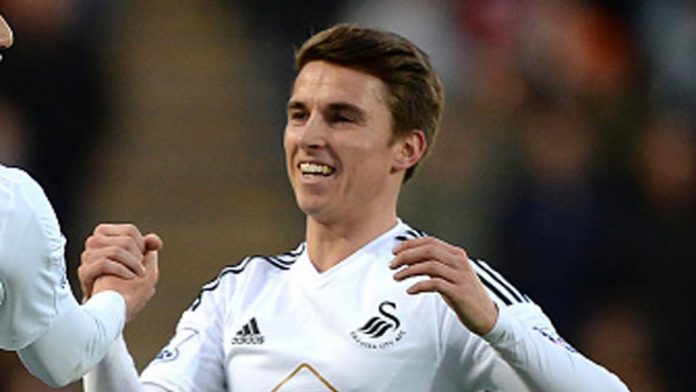 Swansea City visit Stoke City on Tuesday aiming to stay in touch with the leading sides in the Championship.

The Swans head into the game sixth in the table, three points behind leaders Leeds United, while Stoke are 20th after winning just once this season. Despite the contrasting starts to the season, the bookmakers have the Swans at 33/10 to win the game – those are great odds if you fancy the away side to capitalise on Stoke’s defensive failings this season.

Graham Potter’s side drew 0-0 at home to Nottingham Forest over the weekend in a game that was devoid of chances and the City boss will hope to see more attacking endeavour from his players on Tuesday.

Stoke blew a two-goal lead to draw 2-2 at Sheffield Wednesday on Saturday and they are continuing to find things difficult following their relegation from the Premier League.

Potter has a selection headache in midfield, with Tom Carroll the latest concern after he missed the Forest game with a hip injury.

Kyle Naughton could play in the middle of the park after filling that role as a substitute against Millwall and Forest, while Martin Olsson may be recalled at left-back.

George Byers could also come into contention further forward if Bersant Celina is ruled out after joining the injury list against Forest.

Tuesday’s trip to Stoke is a lengthy one for Swansea fans to undertake, but this Bet UK away day guide will tell you everything you need to know.

The home side dropped out of the top flight alongside Swansea at the end of last season, but they are struggling to adapt to life in the Championship.

However, they did the double over Swansea last season and are rated as 10/11 shots by Bet UK to pick up three points on Tuesday.

Stoke have lost just one of their last six games against Swansea, while the visitors have recorded just four victories from 33 trips to the Potteries in the last 93 years.

Manager Gary Rowett was understandably frustrated at his team’s failure to hang on to a two-goal lead at Hillsborough and Swansea will be confident they can add to his troubles.

The Potters were expected to be amongst the front-runners for promotion this term, but it appears they are still suffering a hangover from last season and the visitors are fancied to pick up at least one point on Tuesday.

Back the winner of Stoke v Swansea and get a free bet – click here to get started.