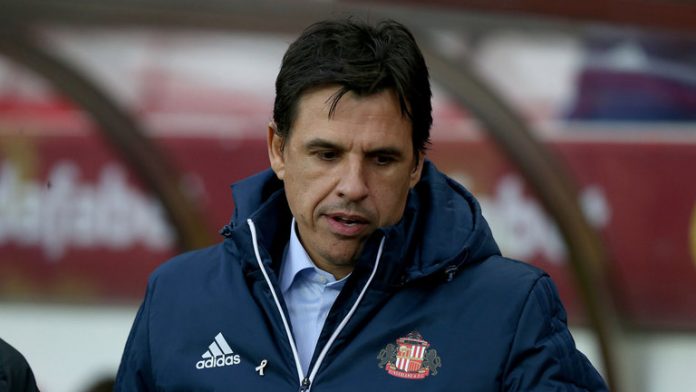 The news that Sunderland have axed Chris Coleman and owner Ellis Short has agreed to sell the club should be music to the ears of the club’s long suffering fans.

Sunderland’s demise in recent years has been nothing short of spectacular, but today’s developments are hopefully the first steps towards the club arresting their slide.

According to the Guardian, Short has agreed to sell the club to a group led by Stewart Donald, the chairman of National League side Eastleigh.

Coleman has also been axed after winning just five of his 28 games in charge at the Stadium of Light.

Short said: “It is no secret that I have been trying to sell Sunderland, but I have waited until the right group came along that have the experience, finances and plan to take this great club back to where it deserves to be.

“Overall, my chairmanship has not gone the way I would have wished – the many high points of a decade in the Premier League have been overshadowed by the low points of the last two terrible seasons.

“To achieve this, higher offers from less qualified buyers were rejected and I have paid off all the debts owed by the club to leave it financially strong and debt free.”

Donald, who will relinquish his chairmanship of Eastleigh, said: “Our group have all been involved in building – or rebuilding – football clubs to reach their potential and we believe over the last decade we have acquired the necessary skill sets to overcome the many challenges that will face us as this huge club.”

Short’s ownership of Sunderland has been a catalogue of disasters and their predicament bears many of the hallmarks endured by Blackburn Rovers fans under the stewardship of Venky’s.

However, as has been highlighted by Rovers under Tony Mowbray this season, relegation to League One could work in Sunderland’s favour if they use it as a platform to rebuild.

Sacking Coleman is a good place to start as he was never the right man for the job and Sunderland’s fans can now look forward to the future with renewed optimism.