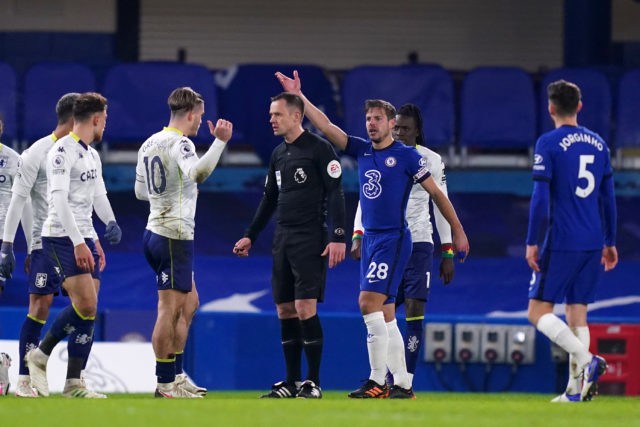 The 25-year-old is a fantastic player to watch and he has been in terrific form this season. However, there is constant criticism against him that he dives a lot, although he draws more fouls from opposition defenders as well.

Grealish was superb against Chelsea last night as Villa managed a 1-1 draw against the Blues. They remained unbeaten throughout the month of December and have jumped to fifth in the Premier League table.

Nicol has suggested that Grealish is a ‘brilliant’ player but he is constantly looking for free-kicks by diving on the ground, and at times it looks embarrassing.

“Jack Grealish throws himself on the ground 50 times a game. I was actually looking at the clock today. the first time he went down was just under a minute on the clock. The next one was on three minutes,” said Nicol to ESPN.

With Villa doing well in the league this season, they could fancy their chances of grabbing a place for the European spot.

With the January transfer window coming up shortly, once again Grealish’s future will be speculated in the media, but in reality, a move away from Villa Park seems unlikely.

During the summer, he was linked with a move to Manchester United, but the Red Devils refused to meet his £80m price tag.

He is now valued at £100m and recent reports claim that both the Manchester clubs are ready to test the water in January.