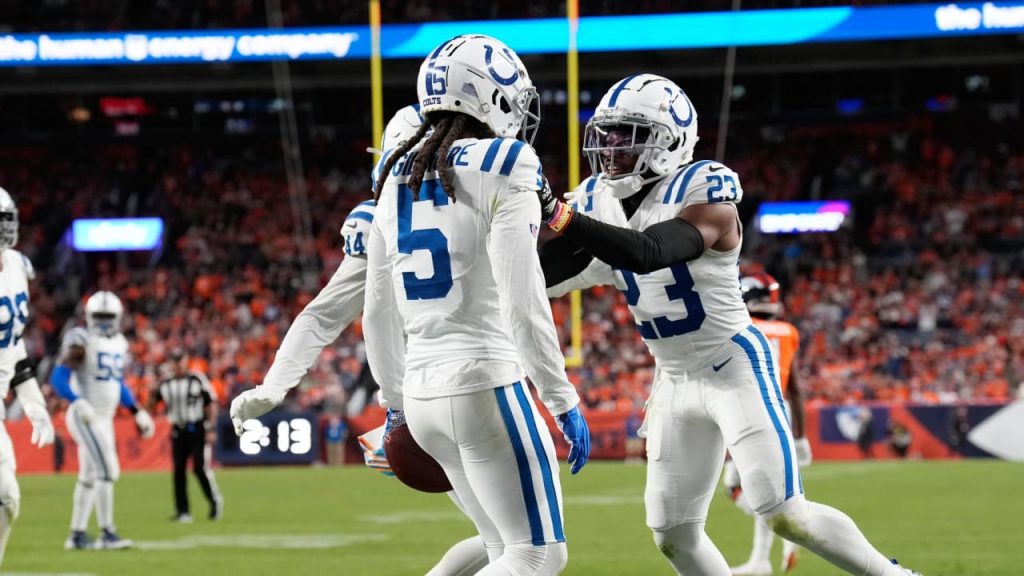 Stephon Gilmore passed the Russel Wilson test on Thursday, as the Indianapolis Colts managed to shut the door on the Denver Broncos at the death to see out their second win of the season.

Russel Wilson and the Broncos were just inches away from victory over the Colts on Thursday night, however cornerback Stephon Gilmore held all the answers to the Denver questions, as the Indianapolis side managed to hold on.

One standout player for the Colts was Gilmore, as the cornerback sealed the victory during overtime with an interception of a Russel Wilson pass to break up the play. (Watch full video below).

Gilmore spoke post-match about the challenge Wilson posed and how it felt winning the game for his side.

“They tried me like two times in a row the play before [the interception]. I knew he was gonna come back and I had to make him pay. He kept trying me, so I made him pay.”

“They may not look good all the time, but we gotta come out with a win, and we did that today.”

It seemed throughout the game that the Broncos would pick up yet another gritty win this season however largely thanks to Gilmore this wasn’t the case, as the Indianapolis side came out on top to move to (2-2-1).