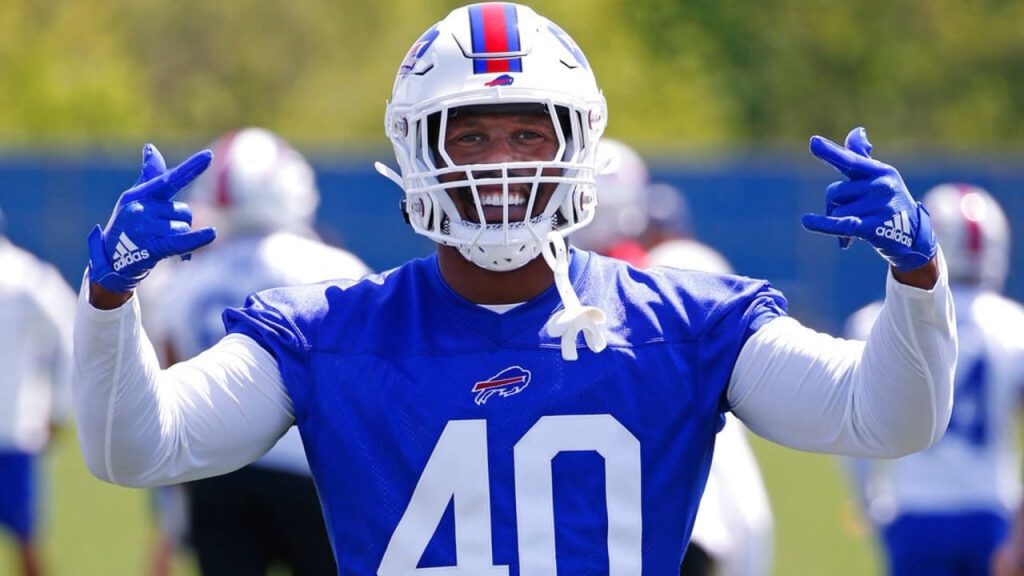 The Pittsburgh Steelers take on the Buffalo Bills this Sunday in what promises to be a thrilling matchup, and Steelers head coach Mike Tomlin has had his say before the game on what makes Bills DE Von Miller so special.

Steelers head coach Mike Tomlin confirmed on Tuesday that Kenny Pickett will take over from Mitch Trubisky as starting QB this Weekend for his side’s clash against the Bills, with the dangerous Von Miller opposing him.

Tomlin outlined his confidence in Pickett for the weekend’s match, but was also wary of dangerous opposition LB Von Miller, and when questioned about him the coach simply replied:  “He’s Von Miller.

“Some guys are aliens visiting from another planet, you know, and that’s just the reality of it. Man, in the National Football League, you’ve got to respect all these guys — they’re all freaky. But some guys are even freaky in our setting. And he’s just one of those guys.”

LIVE: Coach Tomlin addresses the media ahead of our Week 5 game against the Bills. @PNCBank

“He always has been [special] since he came out of [Texas] A&M, moving and changing and running like a corner. He needs no endorsement from me. His resume is his resume. Kudos to Von Miller. Tip of the cap to Von Miller.”

Despite the high praise for an opposition player, Tomlin will be hoping that Von Miller is a shadow of his usual self on Sunday as the Steelers attempt to win their first game since opening week.