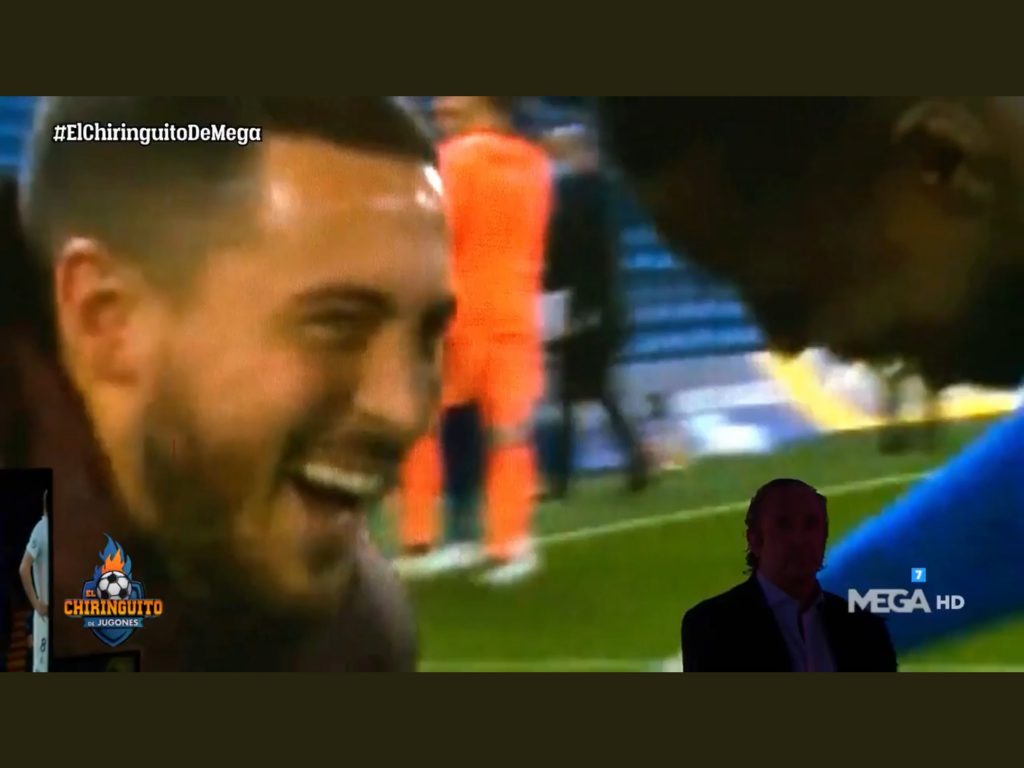 Eden Hazard was filmed laughing and joking with his former Chelsea teammates after they had knocked his side out of the Champions League on Wednesday.

Real Madrid took a 1-1 draw to Stamford Bridge on Wednesday in pursuit of their 14th trophy in Europe’s major club competition.

Despite having Hazard and club captain Sergio Ramos fit to start the game, Los Blancos could not break through a strong Chelsea side.

Goals from Timo Werner and Mason Mount ensured Chelsea booked their place against Manchester City in the final as they progressed 3-1 on aggregate.

Madrid were fortunate not to have lost the game by three or four goals. Chelsea had several chances to put the game to bed, with the likes of Mount and Kai Havertz being thwarted by an inspired Thibaut Courtois on his return to Stamford Bridge.

At the end of the game, as the players were shaking hands with their opponents, Hazard was captured on camera sharing a joke with former teammates, including defender Kurt Zouma.

What might have been seen as nothing more than an innocent catch-up between two friends and former colleagues caused fury in the Spanish capital.

El Chiringuito de Jugones is a Spanish TV show that has been thrust into the limelight around Europe in recent weeks, particularly when Madrid President Florentino Pérez gave the programme a lengthy interview amidst the chaos of the announcement of a European Super League. 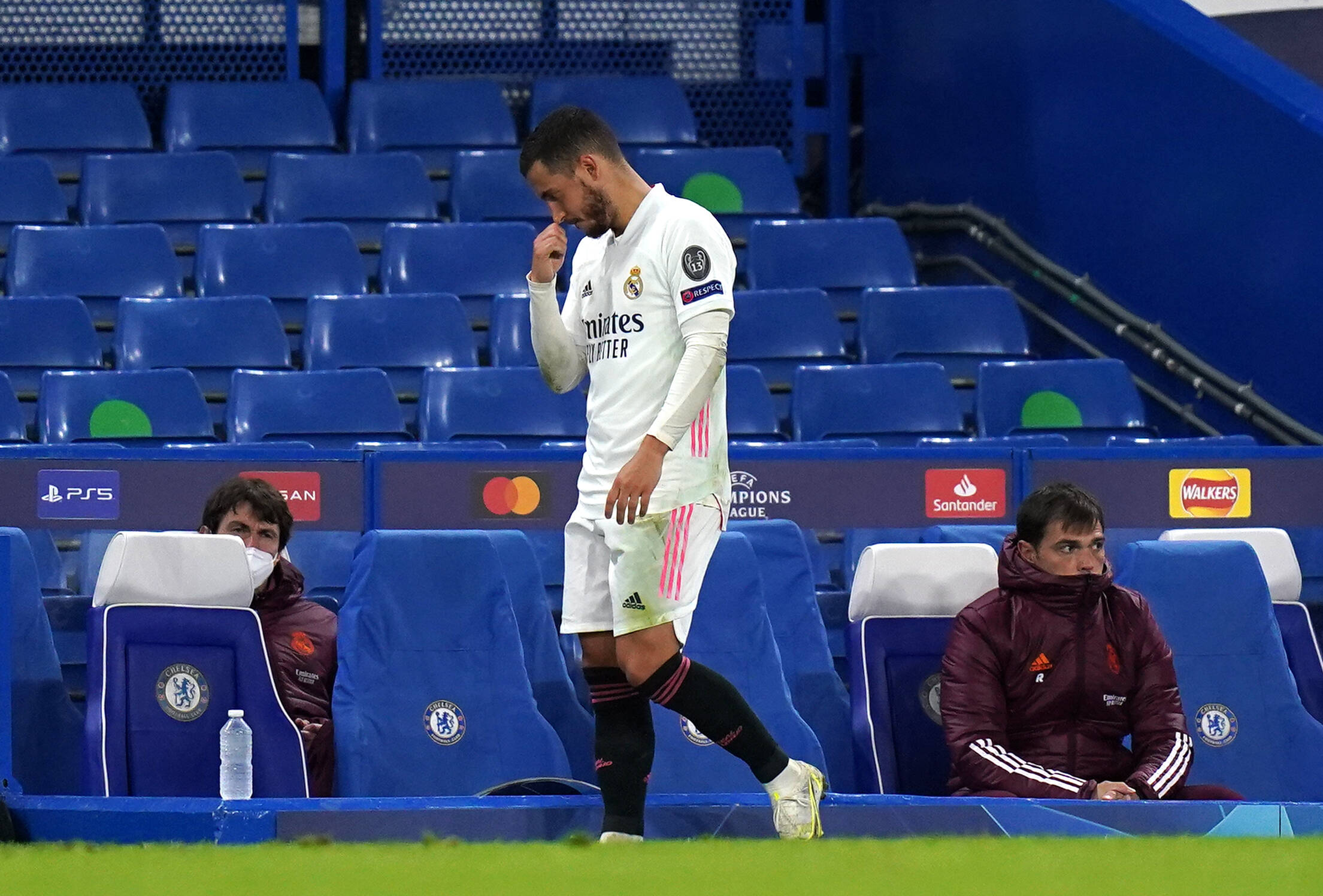 In a similarly dramatic fashion, host Josep Pedrerol began his two-minute rant to the backdrop of some ominous music and a still image of Hazard laughing with one of his ex-teammates.

After a brief pause, staring directly at the camera, he begins: “Madrid eliminated… and Hazard’s sides are splitting.”

Pedrerol also takes the opportunity to have a dig at Gareth Bale, who has famously struggled to win over the very demanding Madridistas, when he says that “another Bale lives on.”

The criticism of Hazard then continues: “Madrid paid €100 million for him. He has spent two years pulling a fast one on Madrid fans.

“How can he find anything funny when they have just knocked us out? After Zidane gave him the chance to start, a chance he did not deserve, he is laughing at us all.”

The host then ends the piece by stating that “Hazard cannot stay at Madrid for another second.”

Where does Hazard go from here?

It would seem that, after two years spent mostly on the sidelines, the Belgian playmaker needs to have a significant impact on his side’s race for the La Liga title if he stands any chance of featuring in this Madrid side in seasons to come.