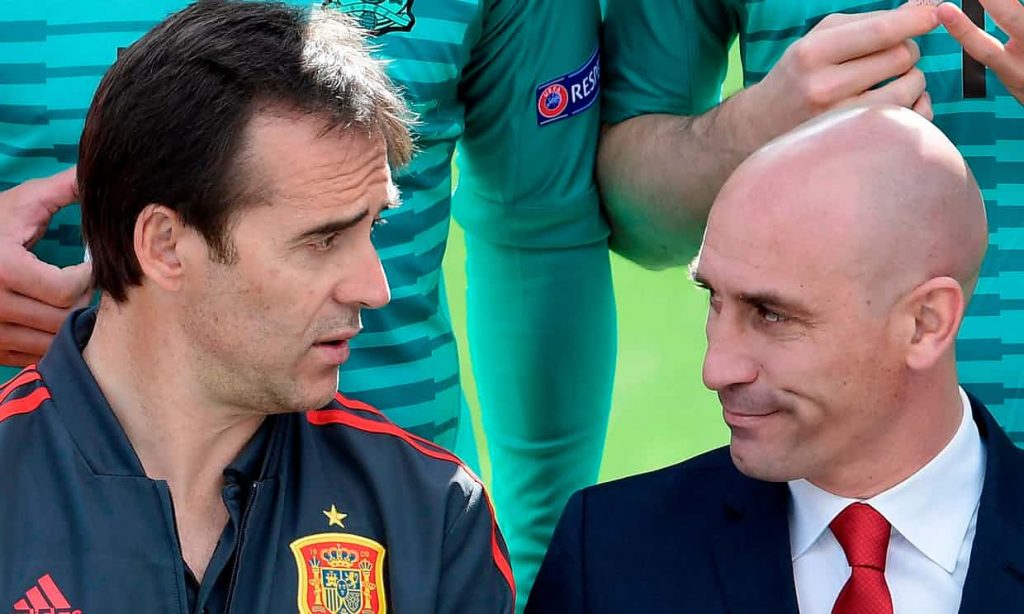 Real Madrid announced on Tuesday that Lopetegui would succeed Zinedine Zidane at the Bernabeu on a three-year deal.

The Spanish football federation (RFEF) subsequently dismissed the 51-year-old because the negotiation occurred “without any information to the RFEF”.

Fernando Hierro has been appointed as Lopetegui’s successor and he faces a baptism of fire against Portugal on Friday.

In what is expected to be a shoot-out for top spot in Group B, Portugal and Spain know victory will stand them in good stead for a place in the last 16.

Spain have won 18 of their previous 36 meetings with Portugal, with their most recent victory coming after a penalty shoot-out in the 2012 European Championship semi-finals. Portugal drew with Tunisia and Belgium before defeating Algeria in their final three warm-up games for the World Cup, while Spain drew with Switzerland and beat Tunisia.

Spain’s off-field issues has seen them pushed out to 7/1 to win the tournament. Portugal are priced at 25/1.

There is likely to be little to choose between the two sides and a 1-1 draw at odds of 6/1 looks a tempting proposition.