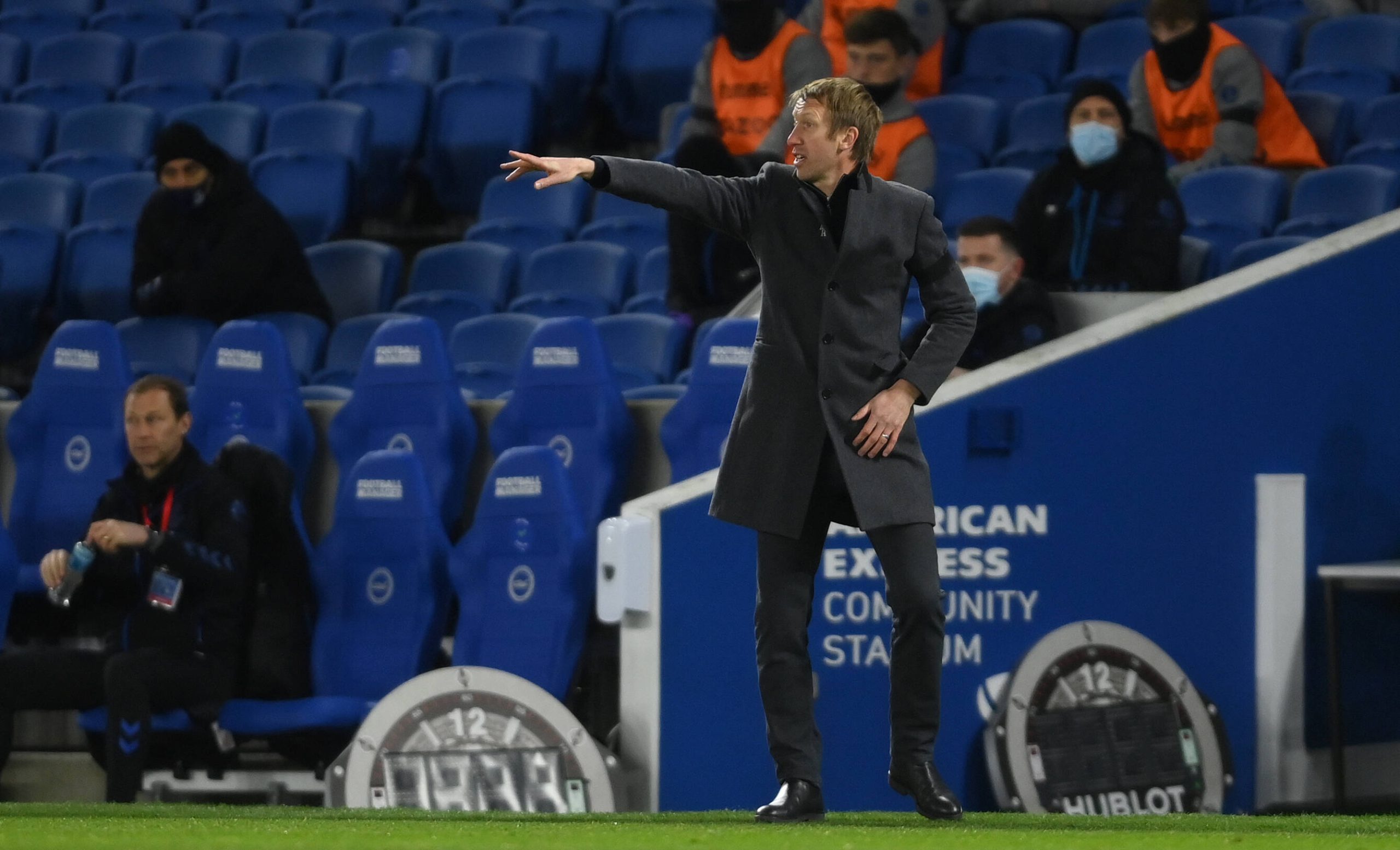 Some Tottenham Hotspur players would back a move for Brighton & Hove Albion manager Graham Potter as his style of play has left a lasting impression on them, according to football.london.

The Seagulls boss is on the list of recommendations of Spurs technical performance director Steve Hitchen as they search for Jose Mourinho’s permanent replacement. However, a move for him would prove difficult from the look of things.

Brighton’s deputy chairman and chief executive Paul Barber has insisted that there is absolutely no way Potter would be allowed to leave the club. The 45-year-old has also ruled out a potential move to Tottenham.

Manchester City boss Pep Guardiola dubbed the Brighton boss as the best English manager in the world earlier this season, and not many will argue with him.

While the Seagulls have struggled for top-flight safety for most of the campaign, they would probably be challenging for a top-eight finish if they had quality finishers up front.

Brighton create a lot of goalscoring chances due to their attacking style of play, and Spurs could be challenging for the Premier League title with such a manager in their dugout.

While the Seagulls are fourth in the Premier League expected goals (xG) table, the north Londoners are 10th.

Man City are top of the charts, with Chelsea and Liverpool in second and third-placed respectively.

The stats probably do not count for much in real life, but numbers do not lie, and Tottenham would be doing incredibly well under an attacking manager given the crop of finishers they boast of.

However, those numbers would be higher under a team playing with more attacking intent, and no one can blame the Spurs stars relishing the chance to have Potter manage them.

In other news, Daniel Levy has reportedly made transfer decision Spurs fans would love.