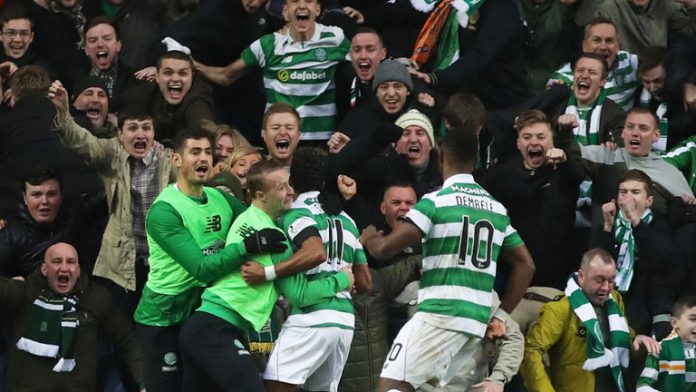 A stern test awaits Celtic on Wednesday when they face Bayern Munich at the Allianz Arena in a UEFA Champions league group stage tie.

The Hoops were demolished 5-0 by Paris Saint-Germain at Celtic Park in the group stage opener. A defeat against Bayern would essentially result in Celtic losing the second place spot in Group B.

Ahead of the game in Munich, Celtic goalkeeper Craig Gordon insisted that his teammates have not given up on qualifying from the group and will give the Bavarians a fight for the second spot. This was met with ridicule from former Celtic player Charlie Nicholas who said that Gordon should ‘keep quiet’. The ex-Scotland international also suggested that Celtic’s main priority should be ‘damage limitation’.

“Well, this is my game on Soccer Special and not one I’m hopeful about given their only recent decent display in the league was against Rangers, while their performance wasn’t actually that good against Anderlecht,” said Nicholas on Sky Sports.

“He should hope the Bayern players haven’t heard that because the likes of Robert Lewandowski and Thomas Muller don’t need any more motivation.”

“Jupp Heynckes has returned and will be saying ‘let’s put these to the sword’ and take second place out of doubt ahead of the trip to Glasgow’.

Nicholas also added that Brendan Rodgers’ side have not yet recovered from the drubbing at the hands of PSG.

“Celtic can’t change their style and the team has never recovered from their loss to PSG , when they passed the ball as badly as I’ve seen them,” he said.

“They also have defensive fitness concerns and they’ll try to sit in with their backs to the wall in what will inevitably be a damage-limitation exercise.”

Bayern were thrashed 3-0 by PSG in Paris and currently sit second in the group.