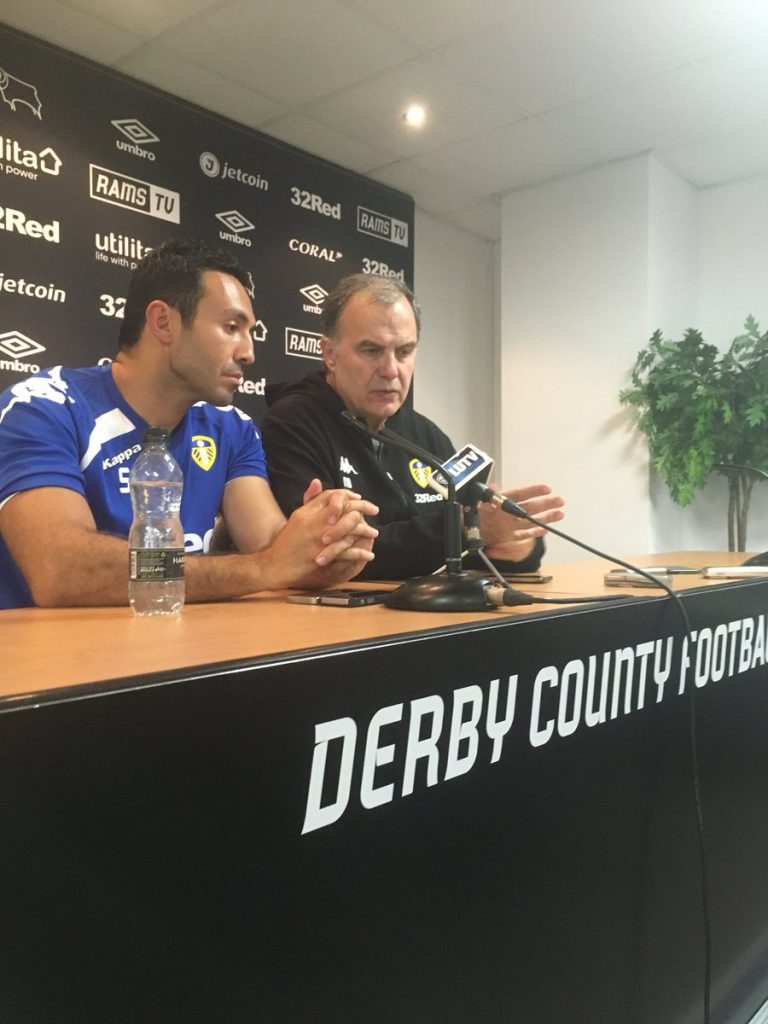 It seems like Marcelo Bielsa’s revolution at Leeds United is truly underway after the Whites produced a scintillating attacking display against Derby County on Saturday.

Leeds produced a devastating attacking display to sweep aside Derby County 4-1 in the Championship clash at Pride Park, and in the process, earned back to back league wins.

The Whites were excellent against Stoke City in the opening match, but they took their game to the next level under Bielsa, with both Samu Saiz and Ezgjan Alioski making strong impact.

Former Leeds United player Simon Johnson took to social networking site Twitter to express his delight after the game. He felt it is the best Leeds squad he’s seen since the days of Viduka, Dacourt and Kewell era.

Dare I say it but this @LUFC squad is the best I’ve seen since the Viduka, Dacourt and Kewell era. A few reinforcements in January and I think we could be going back to the promised land ??????? #MOT ❤️❤️

Mateusz Klich put the visitors ahead in the opening five minutes when he scored a 20-yard curler. The lead didn’t last long, and Derby quickly equalised when Tom Lawrence scored from a dipping free-kick.

Kemar Roofe, who retained his place ahead of new signing Patrick Bamford, gave the Whites the lead again in the 21st minute. After the break, Roofe scored his second of the match with a fantastic finish, and Alioski’s header added further gloss to the scoreline.

Leeds have made a great start to the season but they should not get carried away. They made a fantastic start to their campaign last season as well but they faded away in the second half.

It remains to be seen whether Leeds can learn from their mistake, but so far the fans have every reason to be cheerful with what they have seen.