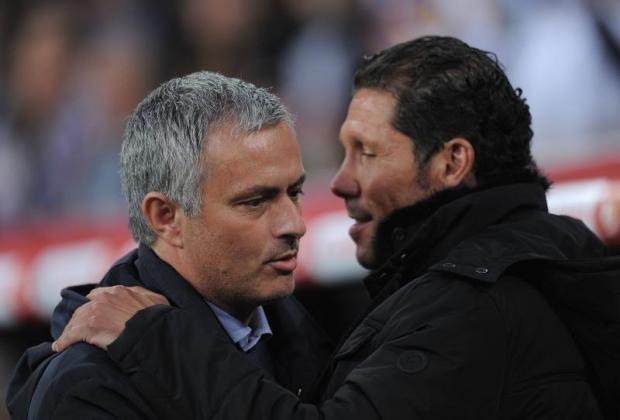 Chelsea are considering the possibility of signing Atletico Madrid manager Diego Simeone as a replacement for Jose Mourinho.

Mourinho’s future at the club came under intense speculation after Chelsea lost 3-1 at home against Southampton last week, a defeat that saw the Blues dropping to 16th in the Premier League table.

However, Chelsea players have lent their full support to the under fire manager, while Mourinho was given a vote of confidence by owner Abramovich last week.

The Mirror reports that Chelsea are assessing the possibility of signing Simeone from Atletico Madrid if Mourinho fails to turn around Chelsea’s stuttering season.

Simeone has done an incredible job at Atletico and will come to the Bridge at a huge cost.

The Argentine has signed a new five-year-contract worth over £22.5m in March, and the deal included a £15m buy-back clause, which any interested party can trigger at the end of each season.

Simeone guided the Madrid club to La Liga title in 2014, and also the final of the Champions League. He also won the Europa League and Copa del Rey with the Rojiblancos.

Chelsea, having sacked eight managers since 2007 before re-appointing Mourinho in 2013, are usually impatient in supporting their manager when results are not favouring them. Mourinho spoke of the importance of having stability at the club and it’s true that Chelsea are unlikely to sack the Portuguese unless the results deteriorate further.

Atletico are only three points behind league toppers Villarreal and are looking to mount a strong title challenge this season. It is really hard to see Simeone leaving the club now, even if he is offered a bumper contract deal.