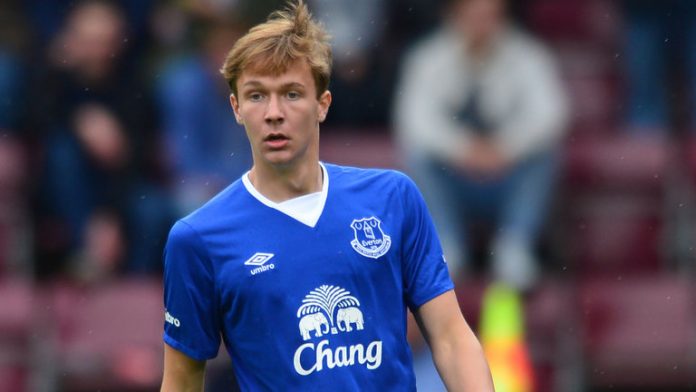 According to reports from The Sun (21 October, page 61) Championship leaders Middlesbrough are willing to sign Everton midfielder Kieran Dowell on loan in the January transfer window.

Dowell scored a wonderful goal for England’s U21s against Scotland a week ago, and caught the attention of Boro scout Adrian Bevington. Tony Pulis is now reportedly looking to make a move for him on loan in the January transfer window.

Should Leeds United join the race as well?

Dowell was one of Nottingham Forest’s most prolific players last season, as he scored nine goals from central midfield during a loan spell at the City Ground.

The 21-year-old has been named in Marco Silva’s match day squad three times, but he has not made a Premier League appearance so far.

A loan move away from the club would be ideal for his development. A proven Championship quality, he would add another dimension to the Leeds midfield set up.

Technically sound, what Dowell offers is goals from midfield. He can be a match winner for his side,  and he would be perfect for the Whites.

Under Bielsa, Leeds have played an eye-catchy attacking football, and surely the Argentine won’t mind adding a promising player who can bring goals to the side from midfield areas.