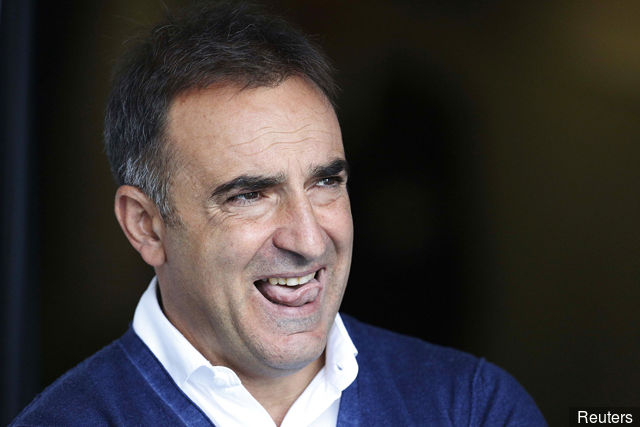 The Scottish international has been deemed surplus to requirements by Slaven Bilic, and is expected to join his former manager Steve Bruce at Aston Villa on a season long loan deal this week.

The Owls are indeed in the market to bolster their midfield ranks and Snodgrass was one of the many players rumoured with a move to Hillsborough.

When asked if the speculation was true, Carvalhal assured that the West Ham man was ‘never under Wednesday’s radar’.

“Snodgrass was never in our plans,” he said.

“Some players have come in the press in the last two years, some big targets which makes people think we are swimming in gold.

“This kind of talk makes people think we are spending millions and millions but it is not the reality.”

Carvalhal admitted that his club are facing financial constrains because of the ‘fair play’ rule but accepted that his side have done good business in the transfer market in the last couple of seasons.

“We are in a different situation. We are under the Financial Fair Play. We are trying to do things in a correct way.

“We have done very good business in the last two years. We are trying to put expectations in the correct place and if everybody goes together we can achieve something.”

Wednesday will be on the road soon to face Burton Albion at the Pirelli Stadium in their next league fixture on Saturday.