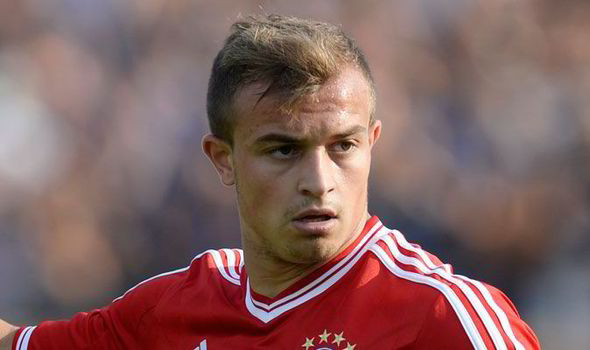 Bayern Munich winger Xherdan Shaqiri will be allowed to leave the Allianz Arena in January, according to one of Germany’s most reliable sources BILD. The Swiss international has been a long-term target for Liverpool and we could well see him in a Reds’ shirt two months later.

Liverpool had submitted a €20 million bid for Shaqiri last summer, but Bayern rejected it. This was because the Germans feared that Franck Ribery’s patellar tendon problems could be very serious. But now, manager Pep Guardiola believes that Shaqiri has not quite matured as he would have hoped and doesn’t have the intelligence to execute tactics the way he wants.

The former Basel man, who signed for Bayern in 2012 for €12.5 million, has won a league title in each and every year of his career. The 23 year-old was also Switzerland’s main man at the World Cup earlier this year, scoring 3 goals.

It is reported that should there be another €20 million offer put forth by Liverpool in January, the German champions will be ready to sell. The Merseyside outfit are looking for a bit of thrust and spark in their attacking play, with Mario Balotelli, Raheem Sterling and Philippe Coutinho all failing to fire thus far this season.

Shaqiri has lightning-pace and scores a good number of goals for a winger. He may just be the coup that Brendan Rodgers needs to re-ignite Liverpool’s season, which is now under the threat of turning into an extremely ordinary and below-average one. After finishing 2nd last season and almost winning the title, the Reds are floundering in 11th place this time around.