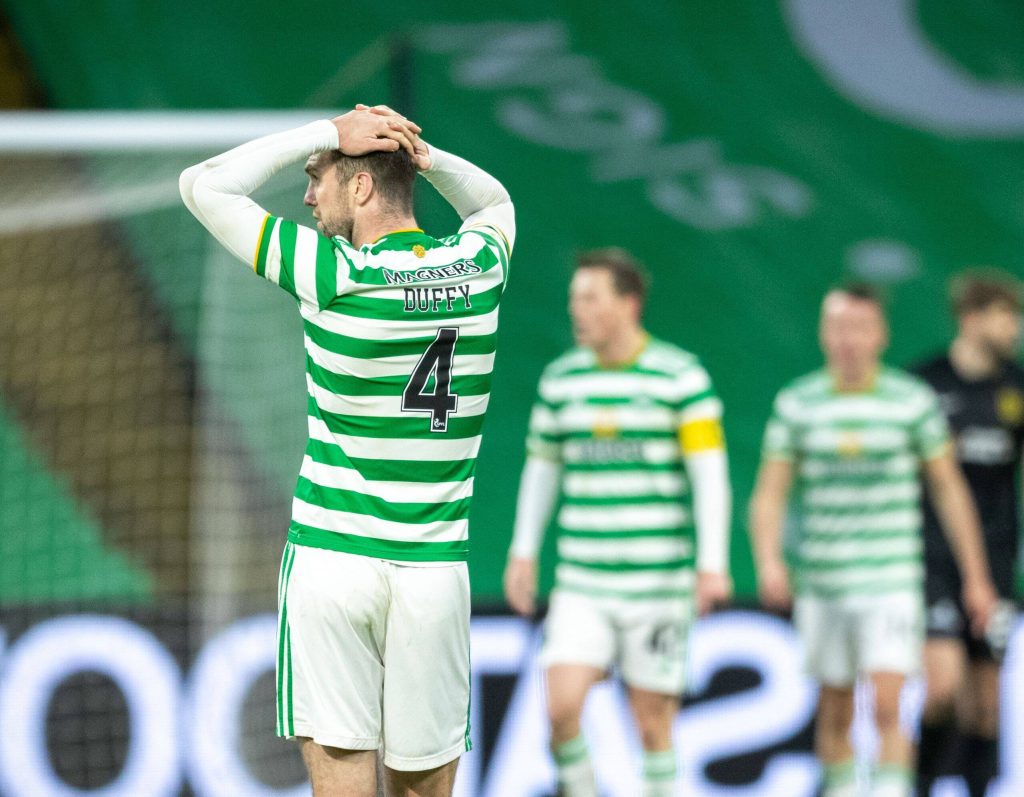 Celtic defender Shane Duffy is not expected to play for the club again this season.

According to Football Insider, interim manager John Kennedy will not use the 29-year-old in the remaining matches.

Duffy has not started any of the club’s last ten matches, and it is hardly surprising that the club will not consider him against St Johnstone and Hibernian.

He was signed on loan from Brighton & Hove Albion to be the leader in Celtic’s backline this season.

However, he has proven to be a disastrous addition, with his error-strewn performances attracting criticism from Celtic fans.

They will certainly be delighted with the news that Duffy is unlikely to play for them again.

The defender has been linked with a summer move to Derby County, although that would be dependent on them retaining their Championship status.

Given his struggles in the Scottish Premiership, a move to a Premier League club would be highly unlikely.

The Championship would be the ideal place for him to work on his confidence and get his career back on track.

As for Celtic, they will have to improve their back four when the transfer market opens this summer.

They cannot hope to dethrone Rangers with their current set of defenders who have looked extremely vulnerable all season.

Read: Celtic ace is a target for a Premier League side this summer.