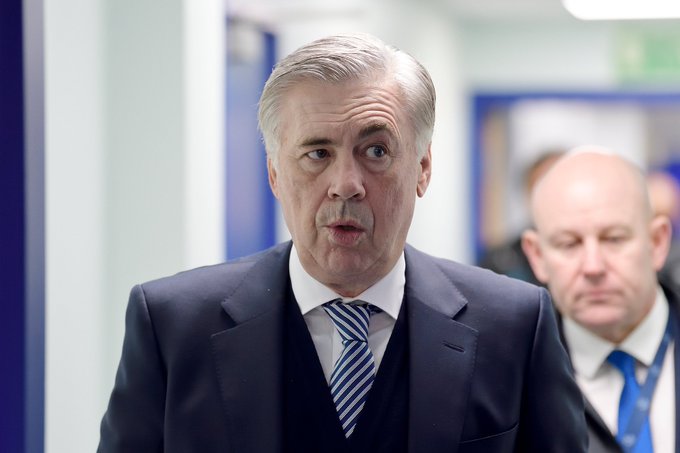 Everton began the Carlo Ancelotti era by beating Burnley 1-0 in front of a packed Goodison Park crowd on Boxing Day in the Premier League.

The 60-year-old Italian is an elite level manager who has won three Champions League titles with two different clubs. He has won league titles with Chelsea, AC Milan, Paris Saint-Germain and Bayern Munich, and therefore expectations are high from him.

Along with his vast managerial experience and tactical acumen, Ancelotti’s brand image and reputation could be used in luring top players from across the world.

With the January transfer window around the corner, Ancelotti could knock on the doors of some his former employers to bring the right profile of players to sculpt the squad according to his own taste.

The 25-year-old has struggled for regular game time under new boss Maurizio Sarri, making only three appearances for the Old Lady in all competitions.

A ball-playing defender with a natural aptitude for passing, Rugani is a well-disciplined player who tends to avoid making mindless tackles. He is a clear aerial threat, and his positioning makes him a truly good defender, a trait which Leicester City boss Brendan Rodgers is looking to add to his squad this January.

Most of Ancelotti’s successful teams have one feature in common – the importance of a physically imposing midfielder. That is why Kessie would be an ideal signing for the Toffees.

Frequently linked with a move to Wolverhampton Wanderers, the likes of Everton and Tottenham Hotspur have showed interest in him in the past. The 23-year-old defensive midfielder could fill the void left by Idrissa Gueye, and Ancelotti can build his team around him.

The 26-year-old is currently in his third season at Stamford Bridge, and yet he remains a fringe player and an enigma. He has scored some important goals for the Blues, but it seems no manager has been convinced by his ability, despite paying £33 million for his signature in the first place.

With Cenk Tosun underperforming and Everton badly in need of a striker, Batshuayi could represent a smart piece of business. Ancelotti prefers strikers with an eye for goal, and the former Marseille striker could resurrect his career under his tutelage.

A few years ago, Draxler would have been out of reach for Everton. However, the situation has changed.

The 26-year-old has dropped down the pecking order at the club, and PSG are unlikely to offer him a new deal as well. A move to Germany with Hertha Berlin is being mooted, but Everton can gatecrash and conduct a charm offensive to bring him to Goodison Park.

Another example of a player moving to Spain at a young age and failing to cut his teeth into the Real Madrid way. The teenager joined the Spanish giants for £38.7 million from Flamengo in the summer of 2018, but after struggling for game time under Zinedine Zidane this season, he is reportedly looking for pastures new.

The likes of Liverpool, Spurs, and Chelsea are vying for his signature, but Ancelotti can use his contacts at his old club to lure the youngster to make a switch to Goodison Park. He will be in safe hands, no doubt.

At 32, Mertens still has the ability in him to drive the team forward. With nine goals and three assists already, the versatile attacker should be on top of Everton’s transfer list in January.

Arsenal are sniffing around to sign him on a cut-price deal. Available for around £10 million, a phone call from Ancelotti should be more than enough for Everton to get the deal through.

A technically gifted central midfielder who could be a real asset for Everton. The World Cup winner with France has returned to full fitness after missing almost the entire last season through a cruciate ligament injury in his right knee.

Strong in passing, vastly experienced, and capable of playing both as a defensive midfielder or as a right-back, Tolisso is just the right profile of player Everton should be aiming for in January.