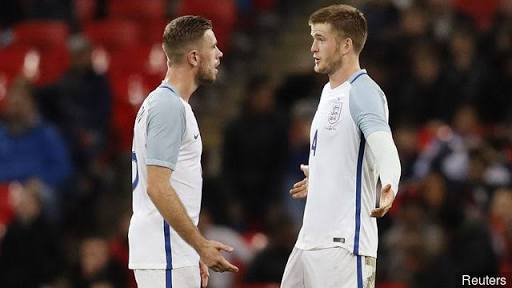 With the World Cup 2018 in Russia just around the corner, interest is ramping up ahead of what promises to be an exciting tournament.

Today’s news sees a star from each of Tottenham Hotspur and Liverpool doing battle for a starting berth at the competition, while Belgium have recorded a dominant win in their latest international friendly.

Finally, Manchester United manager Jose Mourinho has made a bold prediction ahead of the action starting.

England manager Gareth Southgate has admitted that holding midfield pair Eric Dier and Jordan Henderson will be in competition for a starting berth in Russia.

Both the Liverpool and Spurs men have captained the Three Lions under the current coach and many expected the pair to comprise a central midfield partnership at the World Cup.

However, Dier was the sole anchor in the recent 2-1 win over Nigeria, which allowed England to field an extra attacking midfielder.

Southgate has stated that the pair will both play important roles for the British side but may not be selected at the same time.

Belgium put in a dominant showing in Brussels on Wednesday night, beating Egypt 3-0 after goals from Romelu Lukaku, Eden Hazard and Marouane Fellaini.

The Africans were without the injured Mo Salah and the Liverpool star’s absence will clearly be a massive issue for them should he not return at the tournament.

Belgium played a full strength side, with Laurent Ciman replacing the injured Vincent Kompany and Roberto Martinez sticking with his preferred 3-4-2-1 system – something that England will take note of.

The Manchester United manager is a World Cup correspondent for Russia Today and has been talking about the competition ahead of the action starting next Thursday.

In Group C, Mourinho has backed France to win the group but picked Australia as the other team to progress to the knockout rounds, ahead of Peru and Denmark.

The Socceroos beat a depleted Czech Republic outfit 4-0 recently and have a final friendly against Hungary coming up before taking on France in their World Cup opener.

The action is only a week away – get your tips in now and claim bragging rights at the Sportslens Predictor Competition!