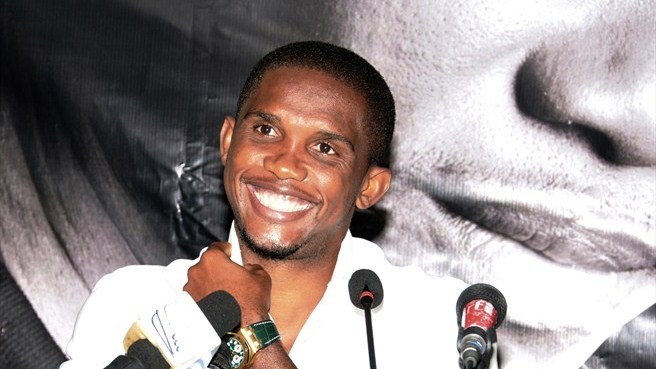 This summer, Cameroon international striker Samuel Eto’o has admitted he would jump at the opportunity to join Premier League side Chelsea.

Eto’o, 32, currently plays for Russian Premier League side Anzhi Makhachkala. Last season’s 3rd-place finishers have been forced to dramatically cut their budget due to financial losses, and have subsequently placed every player on the transfer list. 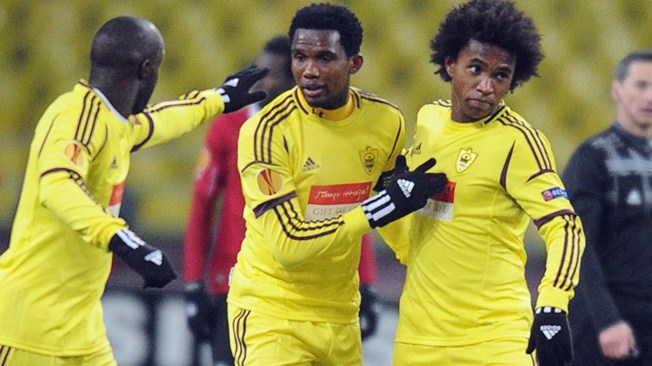 As the side’s highest earner, Eto’o could be sold for a cut price, and will head a list of fellow big-names who could also be on their way to a host of top sides around Europe – Willian right, Igor Denisov, Lacina Traore, Lassana Diarra left, Mbark Boussoufa, Christopher Samba, and Jucilei all look set to be leaving this summer.

The link to Chelsea comes as the side’s current manager, Jose Mourinho, was the head coach at Serie A side Inter Milan while Eto’o was playing for them. Under Mourinho, Eto’o was part of the side which won the treble during the 2009/10 season – winning the Serie A title, Coppa Italia, and the UEFA Champions League pictured. 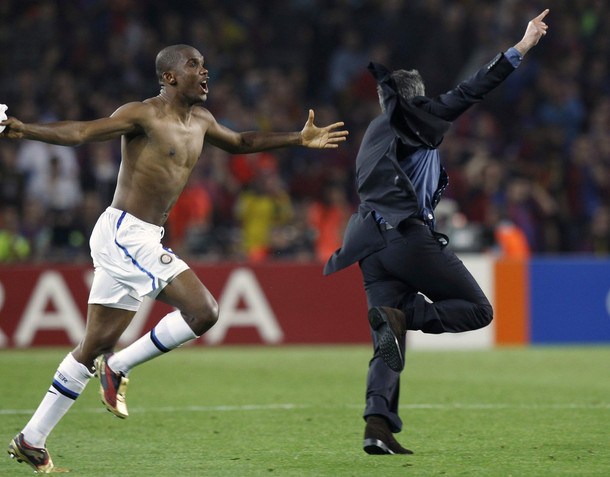 ‘Jose’s one of the best coaches in the world – and we had a lot of success at Inter. I’d like the chance to play under him again – because it’s never boring when he’s around. Chelsea are a great team – and when we have all the offers on the table I’ll discuss with my agent and see what my next step is.’ – Samuel Eto’o.

Chelsea are desperate for a striker next season, and have so far failed in their quest to sign Manchester United’s Wayne Rooney. The Premier League is only a few days away, but the side would like a new recruit in before the summer transfer window closes.

No official bid has been made for Cameroon’s all-time top goalscorer, but Mourinho may well consider bring Eto’o to the Premier League as a temporary solution to his striker problems.