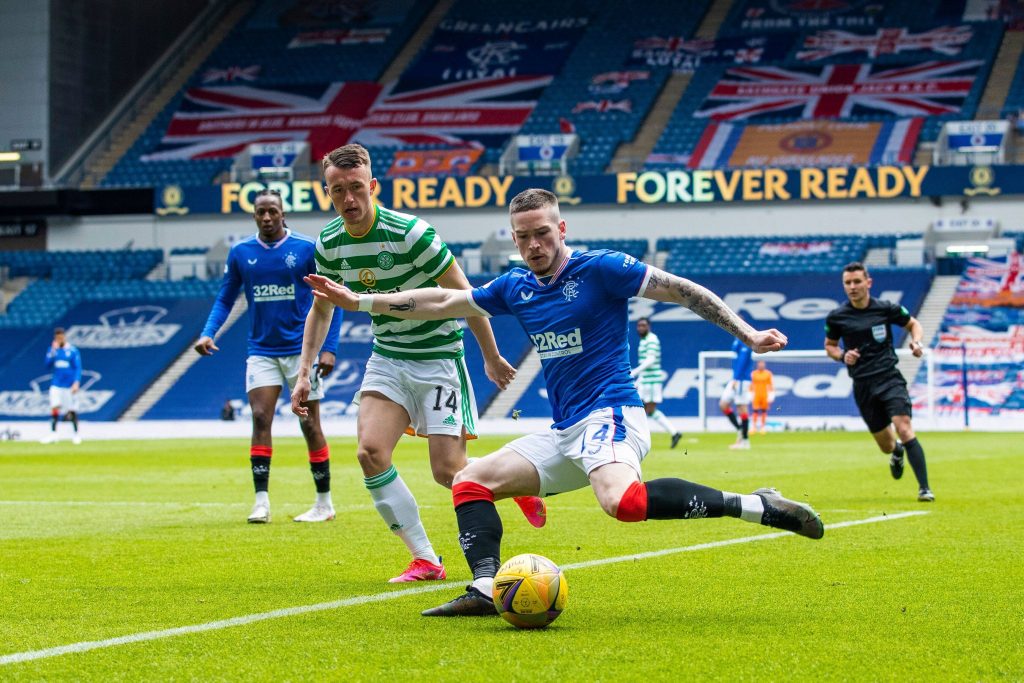 Rangers winger Ryan Kent has been linked with a move away from the Scottish club at the end of this season.

According to Football Insider, the 24-year-old has a gentleman’s agreement with the Scottish outfit to stay for another year and fancies playing Champions League football with Steven Gerrard’s side next season.

The player feels loyalty towards Gerrard, who has been instrumental to his development, giving Kent the platform to express himself with regular football at Ibrox.

The player has been heavily linked with a move to Leeds United in recent months, but it seems that the Whites will have to wait another year to sign the player.

Kent has been in outstanding form since his move to Rangers and is one of the best players at the club. He has bagged 12 goals and 14 assists this season.

The fans will be delighted to find out that their star player is likely to stay for at least another season.

The report claims that Rangers are keen on tying the winger down to a long term contract, but Kent is in no hurry to commit to a new deal.

Kent has already won the Scottish Premiership title with Rangers and will hope to make his mark in European football with them next season.

Read: Rangers linked with a move for 29-goal attacker this summer.