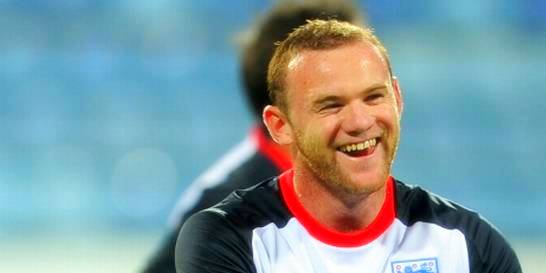 Manchester United have been rocked by the news that Wayne Rooney will miss three weeks with a knee injury.

Sir Alex Ferguson has confirmed that Rooney picked up the problem during training. He was going for an elaborate volley which caused him to slightly damage a knee ligament which has ruled him out of action temporarily.

It is a big blow to United who have relied on their more experienced attacking player to help the side get out of trouble frequently this season due to poor defensive displays.

His last performance away at Swansea was one of the worst that he has produced in a United shirt. He gave the ball away regularly and never looked a threat in the match so Rooney would have been chomping at the bit to prove a point against Newcastle.

“Wayne tried a volley in training and damaged a knee ligament – he’ll be out for two to three weeks – after his performance on Sunday (against Swansea City away) I think he would have been brilliant today.

You don’t have two performances like he did on Sunday.”

Fortunately United have ample cover in terms of strikers with Javier Hernandez filling in against Newcastle United and scoring the winner in a 4-3 thriller on Boxing Day.

Danny Welbeck is also an integral member of the squad although Ferguson has revealed that he is currently suffering from illness so he may not be in contention to start a match for another week.

This won’t affect United too much in an attacking sense but it could have a slight impact on certain individuals in the team because Rooney is a big character and a well liked person around the club.

Rooney could make his return to the side for the Premier League match away at Tottenham on January 20th.