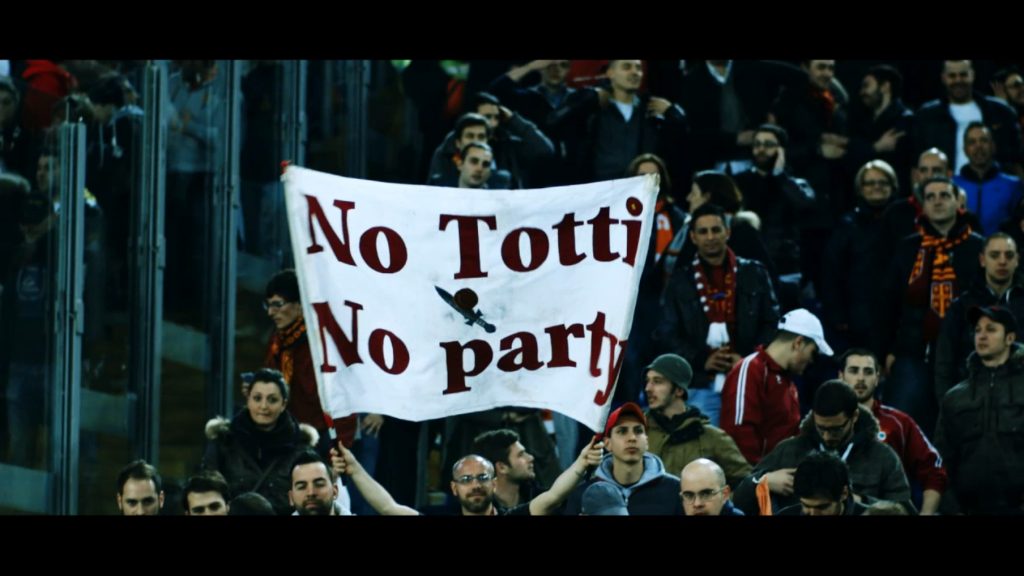 To commemorate the brilliance of the 36 year old, Roma have launched a film which features a parallel day in the life for Totti and Pepe – a Roma super-fan. The film has been created by Be On, the new global branded content business from AOL.

Jim Pallotta, the President of AS Roma, said:

“AS Roma has a rapidly expanding global fan base and we look forward to sharing this special milestone with fans worldwide.”

Here are a couple a few images from the Francesco Totti film:

Francesco Totti has been an integral figure at the club for a large part of his career. He is the number one goalscorer and the most capped player in the club’s history – a pinnacle of football in Rome (of course, Lazio fans may disagree).

Among many of the individual awards Totti have won, are a record five Italian Footballer of the Year awards and two Serie A Footballer of the Year awards. The Italian media refer to him as the Golden boy (Bimbo d’Oro) and with many other names. He’s also the second all-time goalscorer in Serie A history and he’s the top active goalscorer out of the lot.

He earned many accolades in his international career with Italy as well. In Euro 2000, Totti was in excellent form. Though Italy lost to France in the final but Francesco Totti was named man of the match and he was also selected for the Team of the Tournament.

Francesco Totti recovered from a potentially career-ending injury just in time for the World Cup 2006 – although he has to play the entire time in Germany with metal plates in his ankle that had yet to be removed after the surgery. He finished the tournament with most assists and was selected for the 23-man All-Star Team.