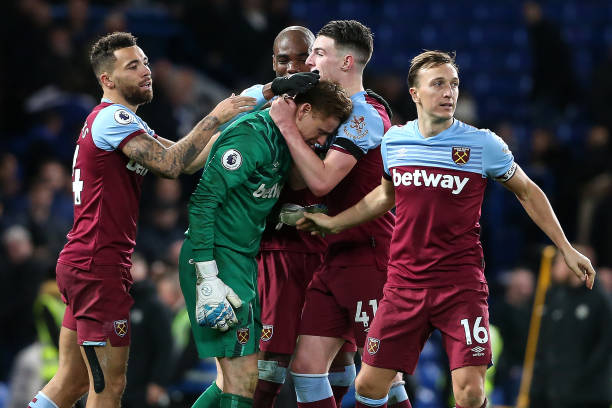 West Ham United suffered a 1-0 loss at the hands of Sheffield United at Bramal Lane last night – their first defeat since David Moyes returned as manager.

An error from David Martin, who had replaced an injured Lukasz Fabianski, gave the hosts the lead eight minutes into the second-half.

West Ham kept knocking on the door and had a goal correctly disallowed for offside minutes later, but Moyes thought his side had drawn level at the death after Robert Snodgrass converted a fine chance.

However, VAR ruled out the equalizer as Declan Rice handled the ball just seconds before he assisted the goal.

The decision dealt a huge blow on the Hammers as they deserved a draw after such a resolute performance.

The result means they remain in 16th place in the table, just two points above the relegation zone, and it will be interesting to see how West Ham respond to the disappointment with a tough run of games ahead of them.

Snodgrass’ effort got ruled out due to the new handball rule, and Rice’s intent wasn’t going to be considered.

Premier League heros Rio Ferdinand and Michael Owen weren’t particularly impressed after VAR struck again, and here is how they reacted to the decision on Twitter:

This new handball rule is an absolute joke. People will moan about VAR but that’s rubbish. VAR did it’s job. It’s the rule change that is bollocks. #SHUWHU

Sheffield’s goalkeeper Dean Henderson was glad to have kept another clean sheet, though – his eighth of the campaign – and he responded to VAR’s decision thus via a tweet: