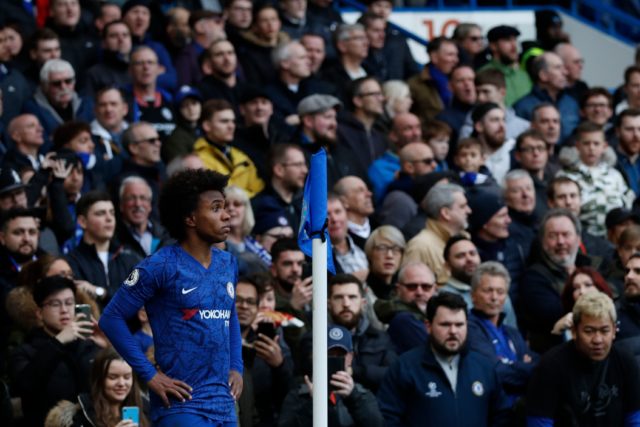 According to Todofichajes, Paris Saint-Germain are interested in signing Willian, but the Chelsea winger is more attracted by Tottenham Hotspur.

Willian is out of contract at Chelsea at the end of next month, and no new deal is in place.

It does look very likely that the Brazil international, who can operate as a winger or as an attacking midfielder, will become a free agent from the start of July.

Todofichajes has claimed that PSG sporting director Leonardo is in talks with Willian, with Spurs also interested, and it is the North London club that the 29-year-old prefers due to having previously worked with their manager Jose Mourinho.

The report has added that the former Shakhtar Donetsk star has not officially decided his next club.

Willian is one of the best attacking players in the Premier League, and on a free transfer, the Brazilian would be a brilliant signing for Tottenham.

The attacker scores goals and creates chances for his teammates, and having worked with Mourinho at Chelsea, he will know exactly what to do in any role that the Spurs manager sets him for him, should he make the move to Tottenham Hotspur Stadium.