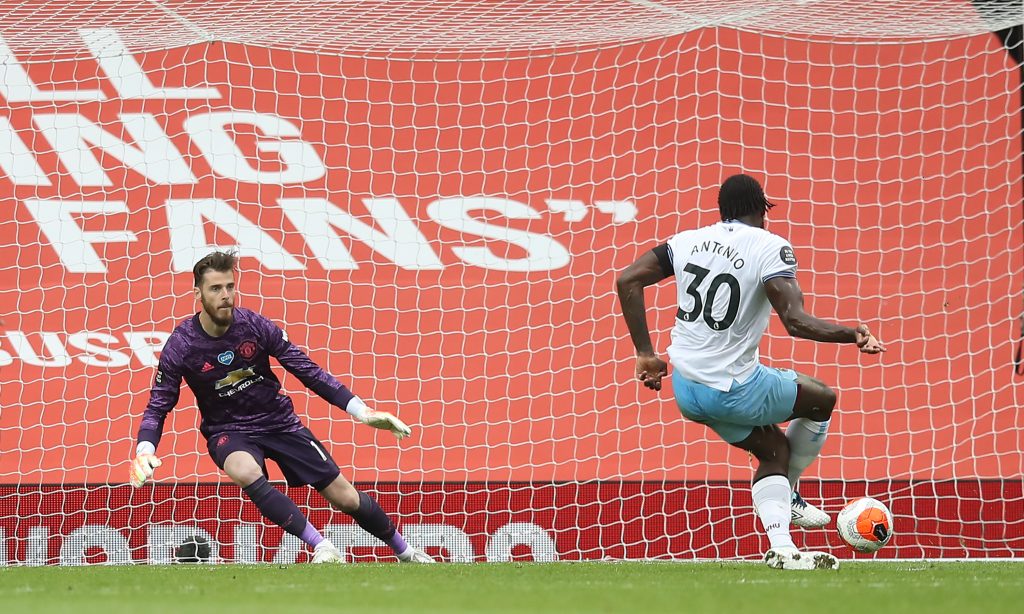 According to The Sun, West Ham United forward Michail Antonio landed a £250,000 bonus after netting his tenth Premier League goal of the season on Wednesday.

The 30-year-old opened the scoring as the Hammers held the Red Devils to a 1-1 draw at Old Trafford to mathematically secure top-flight safety, and it saw him hit double digits in front of goal in a season for the first time.

The clause was inserted in Antonio’s contract during renewal talks three years ago, and West Ham skipper Mark Noble played a huge role in helping him to earn the bonus, stepping aside from his penalty duties to allow the forward take it.

The former Nottingham Forest star had scored just two Premier League goals after 15 games this term, and nobody would have expected him to bag eight more in as many games after the break.

Antonio’s goals against Chelsea, Newcastle United, Norwich City, Watford and the Red Devils played a crucial role in helping David Moyes’ side hold on to their Premier League status, and he definitely deserves his £250,000 bonus.

West Ham host Aston Villa on the last day of the campaign on Sunday, and the Midlands outfit will have to stop the league’s highest goalscorer since action restarted last month if they are to avoid playing in the Championship next term.